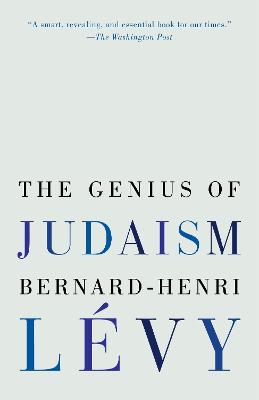 The Genius Of Judaism

Description - The Genius Of Judaism by Bernard-Henri Levy

In The Genius of Judaism Europe's foremost philosopher and activist confronts his own spiritual roots and the religion that has always inspired and shaped him - but that he has never fully reckoned with. The result is a breathtaking new vision and understanding of Judaism and what it means to be a Jew, a vision rooted in Talmudic traditions of argument and conflict, rather than Biblical commandment. A vision borne out by struggle and study, not blind observance. A vision based on an obligation to the other, to the dispossessed, and to the forgotten- a vision that Levy himself sought to embody over decades of championing "lost causes," from Bosnia, to Africa's forgotten wars, to Libya, and to the Kurdish Peshmerga's desperate fight against ISIL, a battle raging as we speak.

Taking us from a fresh, surprising critique of an Anti-Semitism Levy sees on the rise, in a new and stealthy form, to a provocative defense of Israel from the left, to a secret history of the Jewish roots of Western democratic ideals, and a call to confront the current Islamist threat while intellectually dismantling it, Levy explains how Jews are not a "chosen people" but a "treasure" whose spirit continues to - and must - inform moral thinking and courage today.

Other Editions - The Genius Of Judaism by Bernard-Henri Levy 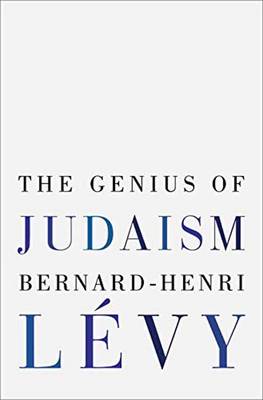 Book Reviews - The Genius Of Judaism by Bernard-Henri Levy

» Have you read this book? We'd like to know what you think about it - write a review about Genius Of Judaism book by Bernard-Henri Levy and you'll earn 50c in Boomerang Bucks loyalty dollars (you must be a Boomerang Books Account Holder - it's free to sign up and there are great benefits!)

BERNARD-HENRI LEVY is a philosopher, journalist, activist, and filmmaker. Among his dozens of books are American Vertigo, Barbarism with a Human Face, and Who Killed Daniel Pearl? His writing has appeared in a wide range of publications throughout Europe and the United States. His films include the documentaries Bosna! and A Day in the Death of Sarajevo. LUvy is co-founder of the antiracist group SOS Racism and has served on diplomatic missions for the French government.