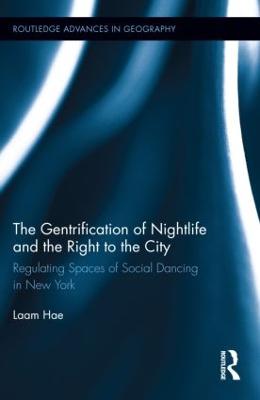 The Gentrification of Nightlife and the Right to the City

In The Gentrification of Nightlife and the Right to the City, Hae explores how nightlife in New York City, long associated with various subcultures of social dancing, has been recently transformed as the city has undergone the gentrification of its space and the post-industrialization of its economy and society. This book offers a detailed analysis of the conflicts emerging between newly transplanted middle-class populations and different sectors of nightlife actors, and how these conflicts have led the NYC government to enforce "Quality of Life" policing over nightlife businesses. In particular, it provides a deep investigation of the zoning regulations that the municipal government has employed to control where certain types of nightlife can or cannot be located. Hae demonstrates the ways in which these struggles over nightlife have led to the "gentrification of nightlife," while infringing on urban inhabitants' rights of access to spaces of diverse urban subcultures -- their "right to the city."
The author also connects these struggles to the widely documented phenomenon of the increasing militarization of social life and space in contemporary cities, and the right to the city movements that have emerged in response. The story presented here involves dynamic and often contradictory interactions between different anti/pro-nightlife actors, illustrating what "actually existing" gentrification and post-industrialization looks like, and providing an urgent example for experts in related fields to consider as part of a re-theorization of gentrification and post-industrialization.

Buy The Gentrification of Nightlife and the Right to the City by Laam Hae from Australia's Online Independent Bookstore, Boomerang Books. 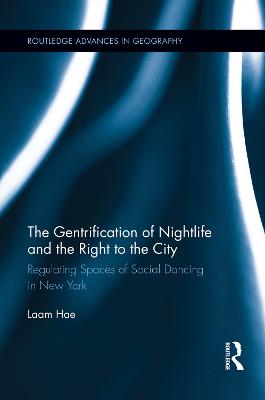 » Have you read this book? We'd like to know what you think about it - write a review about Gentrification of Nightlife and the Right to the City book by Laam Hae and you'll earn 50c in Boomerang Bucks loyalty dollars (you must be a Boomerang Books Account Holder - it's free to sign up and there are great benefits!)

A Preview for this title is currently not available.
More Books By Laam Hae
View All