George and the Blue Moon

Description - George and the Blue Moon by Stephen Hawking

This brand-new, out-of-this-world GEORGE adventure by Lucy Hawking and her father, Professor Stephen Hawking, asks what is really out there in our universe . . .

George and his best friend, Annie have been selected as junior astronauts - part of a programme that trains up young people for a trip to Mars in the future. This is everything they've ever wanted - they get to be a part of up-to-the minute space discoveries and meet a bunch of new friends who are as fascinated by the universe as they are.

But when they arrive at space camp, George and Annie quickly learn that strange things are happening - on Earth as well as up in our skies. Mysterious space missions are happening in secret, and the astronaut training they're undertaking gets scarier and scarier . . .

The fifth adventure in this series by Lucy and Stephen Hawking - also containing up-to-the-minute scientific facts and information by the world's leading scientists.

Other Editions - George and the Blue Moon by Stephen Hawking 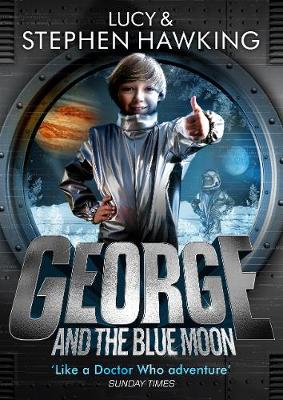 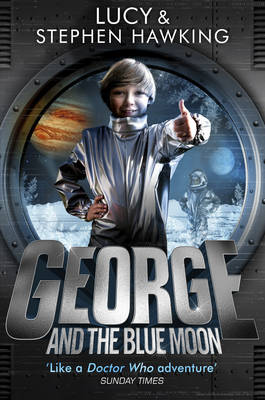 Book Reviews - George and the Blue Moon by Stephen Hawking

» Have you read this book? We'd like to know what you think about it - write a review about George and the Blue Moon book by Stephen Hawking and you'll earn 50c in Boomerang Bucks loyalty dollars (you must be a Boomerang Books Account Holder - it's free to sign up and there are great benefits!)

Stephen Hawking (Author) STEPHEN HAWKING is regarded as one of the most brilliant theoretical physicists since Einstein. He held the position of Lucasian Professor of Mathematics at the University of Cambridge for thirty years and is the author of A Brief History of Time which was an international bestseller. His other books for the general reader include A Briefer History of Time, the essay collection Black Holes and Baby Universe, The Universe in a Nutshell, The Grand Design, and Black Holes- The BBC Reith Lectures. Lucy Hawking (Author) LUCY HAWKING is the original creator of the George series. She works with world leading scientists, including her co-author and father, Stephen Hawking, to explain complex concepts of science through story telling to young readers. A former journalist, she has written widely for British newspapers. Lucy now gives regular talks about the science and stories of the George series to audiences all over the world.