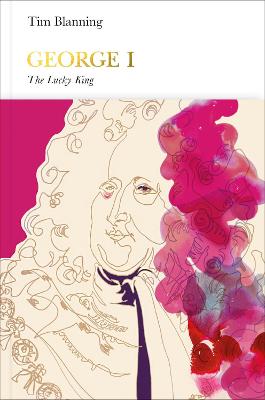 George I was not the most charismatic of the Hanoverian monarchs to have reigned in England but he was probably the most important. He was certainly the luckiest. Born the youngest son of a landless German duke, he was taken by repeated strokes of good fortune to become, first the ruler of a major state in the Holy Roman Empire of the German Nation and then the sovereign of three kingdoms (England, Ireland and Scotland). In these new dominions he presided over the transition from the political turmoil of the seventeenth century to the calm stability of the next.

Fifty-four years old when he arrived in London in 1714, he was a battle-hardened veteran who had fought with distinction against the Turks in the East and the French in the West. Now in charge of a major European power, he put his long experience and deep knowledge of international affairs to good use in promoting the interests of both Hanover and Great Britain. When he died, his legacy was order and prosperity at home and power and prestige abroad. Disagreeable he may have been, especially in his brutal treatment of his family, but he was also tough, determined and effective.

Tim Blanning's incisive short biography gives full attention to George's career as a German prince and shows how it both helped and hindered his new role as the first Hanoverian King of England.

Other Editions - George I (Penguin Monarchs) by Tim Blanning 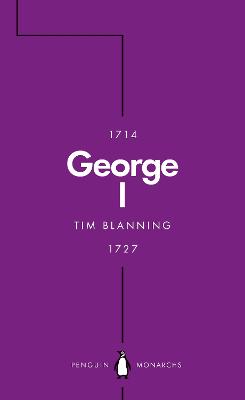 » Have you read this book? We'd like to know what you think about it - write a review about George I (Penguin Monarchs) book by Tim Blanning and you'll earn 50c in Boomerang Bucks loyalty dollars (you must be a Boomerang Books Account Holder - it's free to sign up and there are great benefits!)

Tim Blanning is the author of a number of major works on eighteenth century Europe, including The Pursuit of Glory : Europe 1648-1815, The Culture of Power and the Power of Culture and Joseph II. He is Emeritus Professor of Modern European History at the University of Cambridge, a Fellow of Sidney Sussex College, Cambridge and a Fellow of the British Academy. His latest book, Frederick the Great, won the British Academy Medal 2016.

A Preview for this title is currently not available.
More Books By Tim Blanning
View All