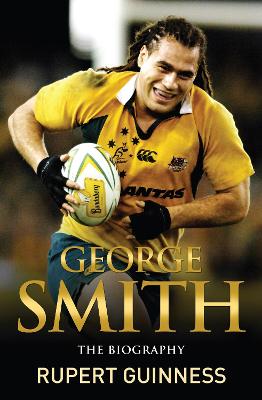 George Smith is one of the greatest players Australian rugby has ever produced, and certainly one of the all-time best, open-side flankers in the world arena.

After becoming the fourth Wallaby and the 10th in the history of the game worldwide to reach a century of Tests, Smith went on to earn 110 Test caps for Australia. Throughout his career he bedazzled crowds - and more importantly, the opposition - with the tactical brilliance, technique and physicality in his game. A relentless and supremely skilful terrier, he was spectacularly targeted by opponents as the player they had to close down but through all such storms Smith responded heroically.

His glorious career included numerous best and fairest player awards in both Test and Super rugby where he played his entire career with the Canberra-based Brumbies. He also played in two World Cups - in 2003 and 2007 - and starred in numerous Test wins in the Bledisloe Cup and Tri Nations series, as well as in the Wallabies' stunning series victory over the British and Irish Lions when they toured to Australia in 2001. He became the 75th Wallabies captain, leading Australia for the first time in the 2007 World Cup against Canada in Bordeaux and on a number of occasions afterwards.

But for Smith, an errant youth who'd been seduced by a bad crowd on Sydney's northern beaches, life could have turned out disastrously, barely before it started. He was raised in a Tongan family as one of nine siblings and after his expulsion from Balgowlah Boys High School it was this Tongan heritage, in the end, which proved to be his salvation. The dramatic road he's followed since, throughout a stellar amateur and professional rugby career, has been littered with pot holes. Some he fell into. Others he avoided. But, as in rugby, in life it's how one responds that really counts. 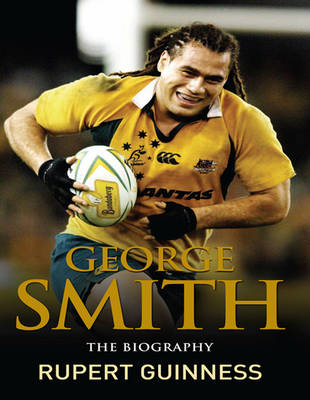 » Have you read this book? We'd like to know what you think about it - write a review about George Smith book by Rupert Guinness and you'll earn 50c in Boomerang Bucks loyalty dollars (you must be a Boomerang Books Account Holder - it's free to sign up and there are great benefits!)

Rupert Guinness is a senior sports writer for the Sydney Morning Herald. He writes about rugby union, cycling and rowing and has covered 23 Tours de France, three Olympic Games and two Rugby World Cups, plus a number of other major international events. Married and living in Sydney, Guinness was awarded a Walkley Award commendation in 2001 for his inside story for The Australian on the 1999/2000 Sydney to Hobart yacht race where he crewed - without ever having sailed before - as a grinder on board the line honours-winning maxi yacht Nicorette. A former triathlete, club cyclist and elite lightweight rower, Guinness still rides and runs in marathons.

A Preview for this title is currently not available.
More Books By Rupert Guinness
View All