George Washington: A Life in Books

When it comes to the Founding Fathers, Thomas Jefferson, Benjamin Franklin, and Alexander Hamilton are generally considered the great minds of early America. George Washington, instead, is toasted with accolades regarding his solid common sense and strength in battle. Indeed, John Adams once snobbishly dismissed him as "too illiterate, unlearned, unread for his station and reputation." Yet Adams, as well as the majority of the men who knew Washington in his life,
were unaware of his singular devotion to self-improvement. Based on a comprehensive amount of research at the Library of Congress, the collections at Mount Vernon, and rare book
archives scattered across the country, Kevin J. Hayes corrects this misconception and reconstructs in vivid detail the active intellectual life that has gone largely unnoticed in conventional narratives of Washington. Despite being a lifelong reader, Washington felt an acute sense of embarrassment about his relative lack of formal education and cultural sophistication, and in this sparkling literary biography, Hayes illustrates just how tirelessly Washington worked to improve. Beginning with
the primers, forgotten periodicals, conduct books, and classic eighteenth-century novels such as Tom Jones that shaped Washington's early life, Hayes studies Washington's letters and journals, charting
the many ways the books of his upbringing affected decisions before and during the Revolutionary War. The final section of the book covers the voluminous reading that occurred during Washington's presidency and his retirement at Mount Vernon. Throughout, Hayes examines Washington's writing as well as his reading, from The Journal of Major George Washington through his Farewell Address. The sheer breadth of titles under review here allow readers to glimpse Washington's
views on foreign policy, economics, the law, art, slavery, marriage, and religion-and how those views shaped the young nation.. Ultimately, this sharply written biography offers a fresh perspective on
America's Father, uncovering the ideas that shaped his intellectual journey and, subsequently, the development of America.

Other Editions - George Washington: A Life in Books by Kevin J. Hayes 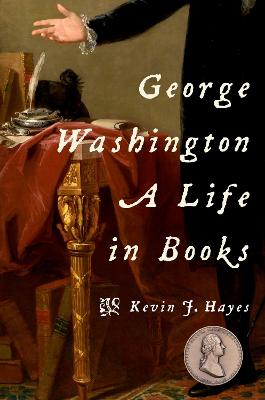 » Have you read this book? We'd like to know what you think about it - write a review about George Washington: A Life in Books book by Kevin J. Hayes and you'll earn 50c in Boomerang Bucks loyalty dollars (you must be a Boomerang Books Account Holder - it's free to sign up and there are great benefits!)

Kevin J. Hayes, Emeritus Professor at the University of Central Oklahoma, now lives and writes in Toledo, Ohio. He is the author of several books including The Road to Monticello: The Life and Mind of Thomas Jefferson (Oxford, 2008) and A Journey through American Literature (Oxford, 2012). He is the recipient of the Virginia Library History Award presented by the Library of Virginia and the Virginia Center for the Book. He is also the recipient of research fellowships from the Boston Athenaeum, the Library Company of Philadelphia, the Lilly Library, the Robert H. Smith International Center for Jefferson Studies, and the Virginia Historical Society.