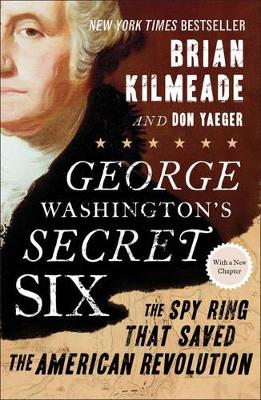 The Spy Ring That Saved the American Revolution

When General George Washington beat a hastyretreat from New York City in August 1776, manythought the American Revolution might soon beover. Instead, Washington rallied-thanks in largepart to a little-known, top-secret group called theCulper Spy Ring.He realized that he couldn't defeat the British with military might, so he recruited a sophisticated and deeply secretive intelligence network to infiltrate New York.
Drawing on extensive research, Brian Kilmead and Don Yaeger have offered fascinating portraits of these spies- a reserved Quaker merchant, a tavern keeper, a brash young longshoreman, a curmudgeonly Long Island bachelor, a coffeehouse owner, and a mysterious woman. Long unrecognized, the secret six are finally receiving their due among the pantheon of American heroes.
Now with an afterword. Including new research on Agent 355's identity
'This is my kind of history book. Get ready. Here's the action.' Brad Meltzer, bestselling author of The Fifth Assassin and host of Decoded
'A powerful new book . . . that reads like a modern-day spy thriller.' The Blaze
'A tale of patriotism and daring.' The Washington Times
'Anyone who believes that foreign espionage is pointless should read this book. More importantly, anyone who thinks the founding generation is irrelevant to modern America must read this book.' The Daily Caller
'A fascinating read, highlighting some of our nation's unknown heroes - heroes who never sought credit or recognition. Brian Kilmeade places them in their proper historical context - as brave patriots who defended the American Revolution.' General Stanley McChrystal (U.S. Army, retired) 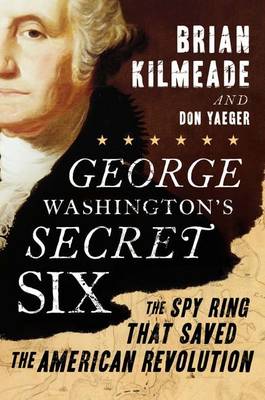 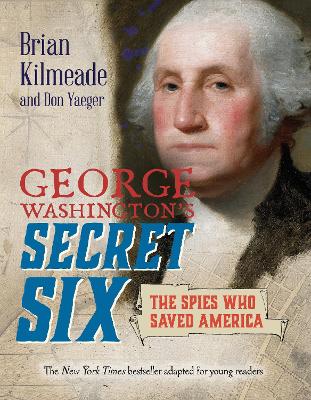 » Have you read this book? We'd like to know what you think about it - write a review about George Washington's Secret Six book by Brian Kilmeade and you'll earn 50c in Boomerang Bucks loyalty dollars (you must be a Boomerang Books Account Holder - it's free to sign up and there are great benefits!)

A Preview for this title is currently not available.
More Books By Brian Kilmeade
View All

Andrew Jackson And The Miracle Of New Orleans: The Battle That Shaped America's Destiny
$13.59 $15.99

Sam Houston And The Alamo Avengers: The Texas Victory That Changed American History
$61.71 $68.57