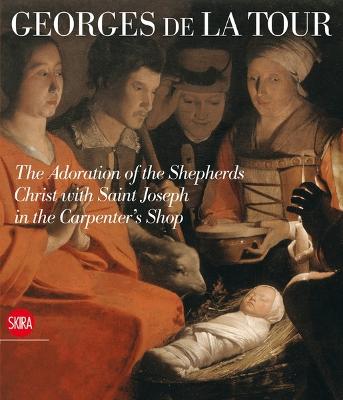 A fascinating analysis of Georges de La Tour's styles, techniques and subjects that introduces the master of the Nocturnes to a general audience. Georges de La Tour is one of the most important seventeenth-century French artists: a striking and mysterious figure, less well-known than his contemporaries but capable of arousing great emotions in the viewers of his paintings. The power of de La Tour's language springs forth from a careful study of light and shadow: a characteristic that has denoted him as being a follower of Caravaggio, but that has also pointed to his unmistakable originality. The book is mostly dedicated to the analysis of two of the artist's masterpieces Christ with Saint Joseph in the Carpenter's shop and The Adoration of the Shepherds that are a convincing proof of that originality. To study more deeply, to arouse readers' curiosity, to bring as many people as possible close to the art of Georges de La Tour this beautiful volume offers a series of richly illustrated essays by some of the greatest international historians and art historians covering almost his entire output, his models and sources of inspiration as well as his iconography and technique.

» Have you read this book? We'd like to know what you think about it - write a review about Georges de La Tour book by Valeria Merlini and you'll earn 50c in Boomerang Bucks loyalty dollars (you must be a Boomerang Books Account Holder - it's free to sign up and there are great benefits!)

Valeria Merlini and Daniela Storti are art historians and renowned restorers. Dimitri Salmon is an art historian and author of numerous volumes and articles on Georges de La Tour and seventeenth-century French art.