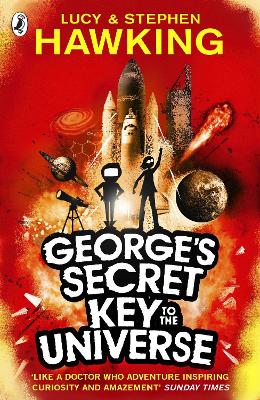 George's Secret Key to the Universe

Description - George's Secret Key to the Universe by Lucy Hawking

The first in the global smash-hit George series written by Lucy Hawking and her father, Professor Stephen Hawking. Out-of-this-universe space adventures, plus exclusive, real-life information from the world's leading scientists - including Professor Hawking himself. Perfect for any curious mind.

George's pet pig breaks through the fence into the garden next door - introducing him to his new neighbours- the scientist, Eric, his daughter, Annie, and a super-intelligent computer called Cosmos. And from that moment George's life will never be the same again, for Cosmos can open a portal to any point in outer space . . .

Written by science educator Lucy Hawking and her father - the most famous scientist in the world - and illustrated by Garry Parsons, George's Secret Key to the Universe will take you on a rollercoaster ride through space to discover the mysteries of our universe.

Other Editions - George's Secret Key to the Universe by Lucy Hawking 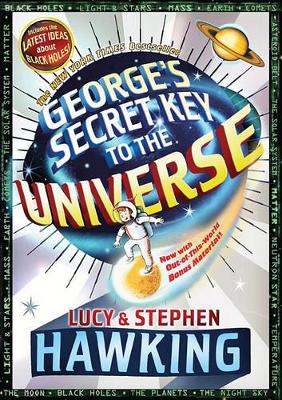 » Have you read this book? We'd like to know what you think about it - write a review about George's Secret Key to the Universe book by Lucy Hawking and you'll earn 50c in Boomerang Bucks loyalty dollars (you must be a Boomerang Books Account Holder - it's free to sign up and there are great benefits!)

In 1963, Stephen Hawking contracted motor neurone disease and was given two years to live. Yet he went on to Cambridge to become a brilliant researcher and Professorial Fellow at Gonville and Caius College. From 1979 - 2009, he held the post of Lucasian Professor of Mathematics and Theoretical Physics at Cambridge, the chair held by Isaac Newton in 1663, and since 2009 he has been director of research in the department of applied mathematics and theoretical physics. Professor Hawking has over a dozen honorary degrees, was awarded the CBE in 1982. He is a fellow of the Royal Society and a Member of the US National Academy of Science. UCY HAWKING is the author of two adult novels, and has written for the Daily Mail, the Telegraph, The Times and the Evening Standard and has been a guest presenter and regular contributor on radio.