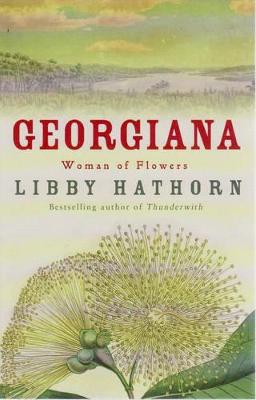 Celebrating 25 years of Libby Hathorn, acclaimed author of the Australian YA classic THUNDERWITH. In October 1829, Georgiana Molloy embarked on a gruelling five-month sea journey from hr home in England, hopeful of a prosperous future in the new settlement in Western Australia. But the land she finds is harsh and unyielding, food is often short, and the struggle of colonial life spells dreadful loneliness. Yet despite the hardships, she begins to see the unique beauty of her adopted country, and becomes fascinated with its amazing plant life, so different from anything she has known in England. Based on the real life of Georgiana Molloy, pioneer botanist, this novel by acclaimed author Libby Hathorn takes us into the fascinating work of a young woman whose passion for flowers transformed her, and the world. 'Libby Hathorn's historical novel is a wonderfully accessible introduction to the life of Georgiana Molloy, the Woman of Flowers, and extraordinary and unique figure in early Australia's history. A beaut book!' - Dr Kevin Thiele, Curator, Western Australian Herbarium'This engaging novel about a modest but remarkable woman really gets to the heart of early colonial life in Australia. It's both a great story and an enthralling piece of social history.' - SYDNEY MORNING HERALD

» Have you read this book? We'd like to know what you think about it - write a review about Georgiana book by Libby Hathorn and you'll earn 50c in Boomerang Bucks loyalty dollars (you must be a Boomerang Books Account Holder - it's free to sign up and there are great benefits!)

Libby Hathorn is an award-winning author and poet of more than fifty books for children, young adults, and adult readers. Translated into several languages and adapted for both stage and screen, her work has won honours in Australia, the United States, Great Britain and Holland. In 2014 she won The Alice Award, a national award given to 'a woman who has made a distinguished and long term contribution to Australian literature.' Her first young adult novel THUNDERWITH has enjoyed over twenty-five years in continuous print and was made into a Hallmark Hall of Fame movie. Two of Libby's picture books, GRANDMA'S SHOES and SKY SASH SO BLUE, have been performed as operas, with a third on the way. Libby is a keen educator who has lectured part-time at Sydney University and is devoted to being an ambassador for poetry anywhere and everywhere. In 2012 she was a National Ambassador for Reading and travelled to many country towns to talk about Australian literature. For more information, free writing tips and teaching resources, go to www.libbyhathorn.com