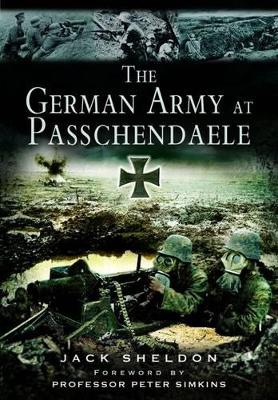 The German Army at Passchendaele

Description - The German Army at Passchendaele by Jack Sheldon

Even after the passage of almost a century, the name Passchendaele has lost none of its power to shock and dismay. Reeling from the huge losses in earlier battles, the German army was in no shape to absorb the impact of the Battle of Messines and the subsequent bitter attritional struggle. Throughout the fighting on the Somme the German army had always felt that it had the ability to counter Allied thrusts, but following the shock reverses of April and May 1917, much heart searching had led to the urgent introduction of new tactics of flexible defence. When these in turn were found to be wanting, the psychological damage shook the German defenders badly. But, as this book demonstrates, at trench level the individual soldier of the German Army was still capable of fighting extraordinarily hard, despite being outnumbered, outgunned and subjected to relentless, morale-sapping shelling and gas attacks. The German army drew comfort from the realisation that, although it had had to yield ground and had paid a huge price in casualties, its morale was essentially intact and the British were no closer to a breakthrough in Flanders at the end of the battle than they had been many weeks earlier. SELLING POINTS: Follow up on the hugely successful The German Army on the Somme by the same author Books on The Great War written from the German perspective are in vogue and very popular Superbly researched and written The name 'Passchendaele' has special resonance 16 pages of b/w plates

Other Editions - The German Army at Passchendaele by Jack Sheldon 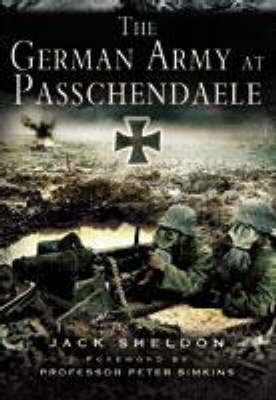 Book Reviews - The German Army at Passchendaele by Jack Sheldon

» Have you read this book? We'd like to know what you think about it - write a review about German Army at Passchendaele book by Jack Sheldon and you'll earn 50c in Boomerang Bucks loyalty dollars (you must be a Boomerang Books Account Holder - it's free to sign up and there are great benefits!)

Jack Sheldon was serving officer with the Queen's Lancashire Regiment. During his career he studied at the German Army Staff College in Hamburg and his final appointment was as Military Attache in Berlin. Jack is pursuing a literary career specialising in German First World War history. His first major book The German Army on the Somme (Pen and Sword, 2005) has been highly acclaimed.