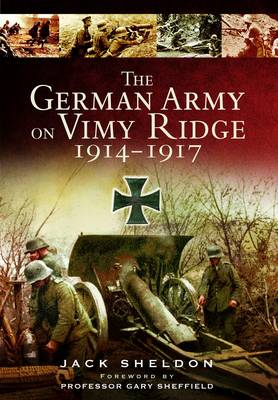 The book starts with on the capture of Vimy Ridge and the nearly spur of Notre Dame de Lorette in October 1914. The major battles of spring and autumn 1915 is described as is the twelve month period from late autumn 1915 when British forces occupied the lines on the western Ridge. The period from late autumn 1916 onwards when the Canadian Corps was preparing for the April 1917 assault on the ridge, is given detailed treatment, with special emphasis (based on original German intelligence and interrogation files) on how the defenders built up a detailed picture of Allied plans and how they intended to counter them. The battle (9 - 14 April 1917) is described in detail and the conclusion summarises the aftermath of the battle and its consequences for the way the German army prepared for the Third Battle of Ypres. The book employs a similar format to The German Army on the Somme 1914 - 1916 and The German Army at Passchendaele; the greater part of the text is based on the words of the German participants themselves. Commentary and evidence from senior commanders is introduced as necessary; the aim once more being to produce a work of popular history, which nevertheless provides an important contribution to the overall historiography of the Great War. SELLING POINTS: The Author's acclaimed German Army series Describes from the German perspective the 30 month period when the Imperial German Army controlled the key terrain of Vimy Ridge Superbly researched and written by the leading authority on the German Army in The Great War 16 pages of b/w photographs 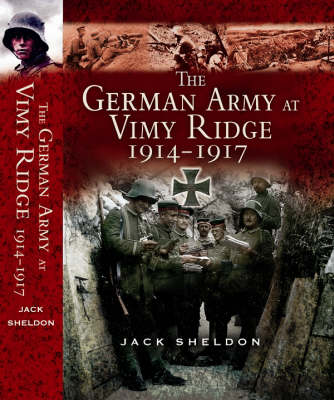 » Have you read this book? We'd like to know what you think about it - write a review about German Army on Vimy Ridge 1914 - 1917 book by Jack Sheldon and you'll earn 50c in Boomerang Bucks loyalty dollars (you must be a Boomerang Books Account Holder - it's free to sign up and there are great benefits!)

Jack Sheldon is now firmly established as the leading authority on the German Army in the First World War. A retired soldier he lives in France and is fully engaged researching and writing. His German Army on the Somme has been a great success and he now has three books to his credit