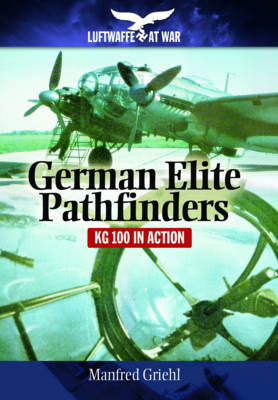 Flying as an elite element of the Luftwaffe's bomber forces, KG 100 (Wiking) saw action throughout Europe and flew mission after mission against targets as diverse as the Suez Canal and Moscow. Equipped with x-ray navigational systems, KG 100 flew as pathfinders, leading bomber streams against targets on mainland Britain. In 1940 the unit took part in the Norwegian campaign and, a year later, was involved in the bombing of Moscow. Operations continued in the west with anti-shipping operations and in the east with operations in the Crimea and in support of besieged Germans in Stalingrad. Whether bombing or pathfinding, KG 100 excelled at dangerous missions in all kinds of conditions and its reputation was such that it was the first unit to fly air-to-surface guided missile attacks against Allied shipping. AUTHOR: Manfred Griehl is a respected historian with a unique photographic archive, specializing in Luftwaffe operations of World War II. His books include German Bombers over England and German Bombers over Russia. SELLING POINTS: Photographic guide to the German elite pathfinders during World World II Contains images not usually found in other sources With a detailed introduction by an aviation specialist Covers missions in Britain, Norway, Moscow, Stalingrad and the Suez Canal Looks at the men who flew the aircraft and their ground crews

» Have you read this book? We'd like to know what you think about it - write a review about German Elite Pathfinders book by Manfred Griehl and you'll earn 50c in Boomerang Bucks loyalty dollars (you must be a Boomerang Books Account Holder - it's free to sign up and there are great benefits!)

A Preview for this title is currently not available.
More Books By Manfred Griehl
View All