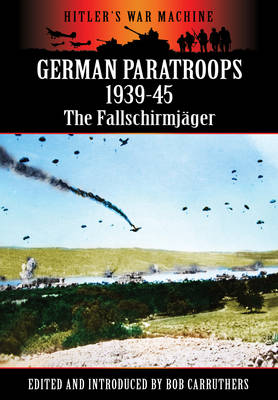 "One cannot even imagine the panic which was caused by rumors of the appearance of parachutists." Field Marshal Kesselring The Fallschirmjager were the German paratroopers, the elite troops frequently deployed as the vanguard of attacks and as the bulwark of a difficult defence. In 1940 they spearheaded the campaigns Belgium, Holland and France. They also saw action in the battle for Norway, and in the next year took part in major actions in the Balkans and Crete. Airborne operations were curtailed following heavy losses in Crete after which the Fallschirmjager took part in the final battles for Tunisia and were prominent on both the Eastern Front and most famously in Italy. In 1944 they appeared on the Western Front serving in Normandy, Holland, the Ardennes and Berlin. This fascinating overview compiled by Emmy Award winning author Bob Carruthers draws on rare primary sources, photographs and combat reports to produce a comprehensive overview of the Fallschirmjager in action. This book is part of 'The Hitler's War Machine' series, a new military history range compiled and edited by Emmy Award winning author and historian Bob Carruthers. The series draws on primary sources and contemporary documents to provide a new insight into the true nature of Hitler's Wehrmacht. The series consultant is David Mcwhinnie creator of the award winning PBS series 'Battlefield'. 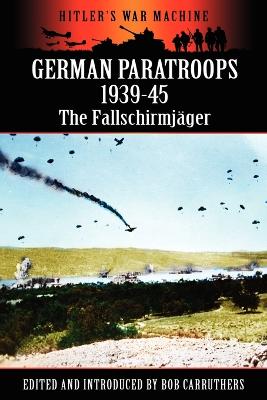 » Have you read this book? We'd like to know what you think about it - write a review about German Paratroops 1939-45 book by Bob Carruthers and you'll earn 50c in Boomerang Bucks loyalty dollars (you must be a Boomerang Books Account Holder - it's free to sign up and there are great benefits!)