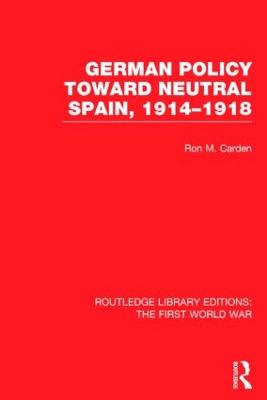 This volume describes and analyses the methods Germany used to reinforce Spain's independence thereby preventing Madrid's entry into the war on the Allied side. While there have been many studies dealing with the wartime economic histories of Holland, Switzerland, Denmark and Iceland, Spain, physically large and strategically situated has been largely ignored, with little American study of Spanish relations with the European belligerents having been done. Particular attention is paid to the forceful personality of Spanish King Alfonso XIII, who shrewdly used his special friendship with Kaiser Wilhelm II for Spanish profit: he remained a Francophile who shrewdly manipulated the Germans into thinking he favoured their side. At the same time Alfonso fended off the embrace of the Entente.

Other Editions - German Policy Toward Neutral Spain, 1914-1918 by Ron Carden 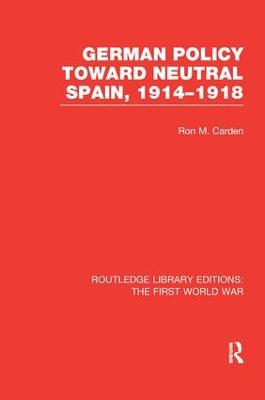 » Have you read this book? We'd like to know what you think about it - write a review about German Policy Toward Neutral Spain, 1914-1918 book by Ron Carden and you'll earn 50c in Boomerang Bucks loyalty dollars (you must be a Boomerang Books Account Holder - it's free to sign up and there are great benefits!)

Multivolume collection by leading authors in the field

A Preview for this title is currently not available.
More Books By Ron Carden
View All