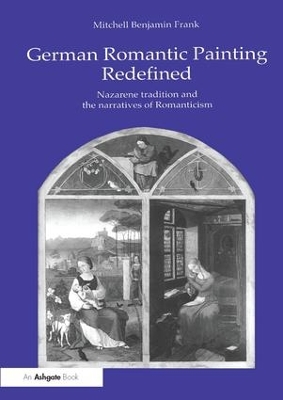 Nazarene Tradition and the Narratives of Romanticism

The modernist aesthetic and, later, Nazi ideology split German Romantic painting into two opposed phases, an early progressive movement, represented by Caspar David Friedrich (1774-1840) and Philipp Otto Runge (1777-1810), and a later reactionary one - epitomized by Friedrich Overbeck (1789-1869) and Peter von Cornelius (1783-1867). In this rich and engaging book, Mitchell Frank explores the continuities between these two phases to reconstruct the historical position that existed in the nineteenth century and to look once again at the Nazarenes - and Overbeck in particular - as a fully integrated part of the Romantic movement. His innovative book is crucial to an understanding of German Romanticism and the legacy of this period in European art. 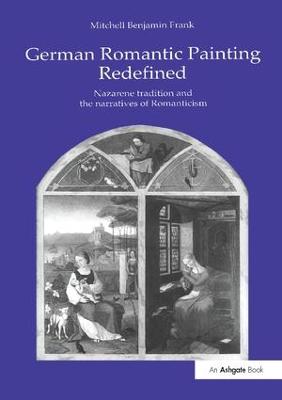 » Have you read this book? We'd like to know what you think about it - write a review about German Romantic Painting Redefined book by Mitchell Benjamin Frank and you'll earn 50c in Boomerang Bucks loyalty dollars (you must be a Boomerang Books Account Holder - it's free to sign up and there are great benefits!)


A Preview for this title is currently not available.
More Books By Mitchell Benjamin Frank
View All