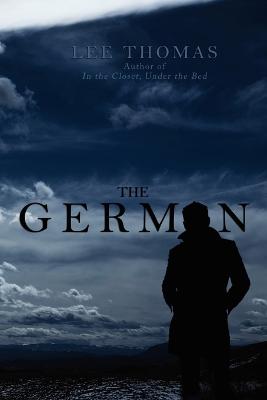 Description - The German by Lee Thomas

From the Lambda Literary Award and Bram Stoker Award-winning author Lee Thomas come a thrilling novel. 1944 - Barnard, Texas. At the height of World War II, a killer preys on the young men of a quiet Texas town. The murders are calculated, vicious, and they are just beginning. Sheriff Tom Rabbit and his men are baffled and the community he serves is terrified of the monster lurking their streets. The only clues the killer leaves behind are painted snuffboxes containing notes written in German. As the panic builds all eyes turn toward a quiet man with secrets of his own. Ernst Lang fled Germany in 1934. Once a brute, a soldier, a leader of the Nazi party, he has renounced aggression and embraces a peaceful obscurity. But Lang is haunted by an impossible past. He remembers his own execution and the extremes of sex and violence that led to it. He remembers the men he led into battle, the men he seduced, and the men who betrayed him. But are these the memories of a man given a second life, or the delusions of a lunatic?

» Have you read this book? We'd like to know what you think about it - write a review about German book by Lee Thomas and you'll earn 50c in Boomerang Bucks loyalty dollars (you must be a Boomerang Books Account Holder - it's free to sign up and there are great benefits!)


A Preview for this title is currently not available.
More Books By Lee Thomas
View All

Epidemic of Empathy in Healthcare: How to Deliver Compassionate, Connected Patient Care That Creates a Competitive Advantage
$55.47 $61.63