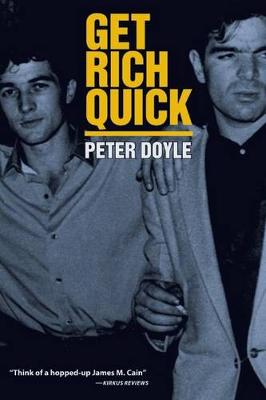 It's Sydney, the 1950s, and Billy Glasheen is trying to make a living, any way he can. Luckily, he's a likeable guy, with a gift for masterminding elaborate scenarios - whether it's a gambling scam, transporting a fortune in stolen jewels, or keeping the wheels greased during a hair-raising your by Little Richard and his rock'n'roll entourage. But trouble follows close behind - because Billy's schemes always seem to interfere with the plans of Sydney's big players, an unholy trinity of crooks, bent cops, and politicians on the make. Suddenly he's in the frame for murder, and on the run from the police, who'll happily send him down for it. Billy's no sleuth, but there's nowhere to turn for help. To prove it wasn't him, he'll have to find the real killer.

Other Editions - Get Rich Quick by Peter Doyle 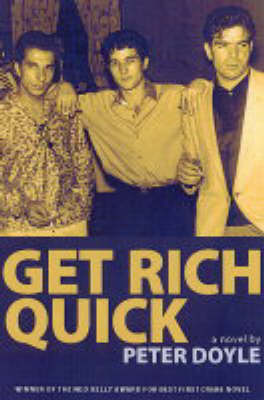 » Have you read this book? We'd like to know what you think about it - write a review about Get Rich Quick book by Peter Doyle and you'll earn 50c in Boomerang Bucks loyalty dollars (you must be a Boomerang Books Account Holder - it's free to sign up and there are great benefits!)

Peter Doyle was born in Maroubra, in Sydney's eastern suburbs. He worked as a taxi driver, musician, and teacher before writing his first book, "Get Rich Quick," which won the Ned Kelly Award for Best First Crime Novel in 1997. He has since published two further books featuring protagonist Billy Glasheen: "The Devil's Jump" (also available from Dark Passage) and "Amaze Your Friends" (forthcoming from Dark Passage). He also wrote the acclaimed "City of Shadows: Sydney Police Photographs 1912-1948" and "Crooks Like Us." In 2010 he received the Ned Kelly Award for Life time Achievement. He teaches writing at Macquarie University in Sydney.