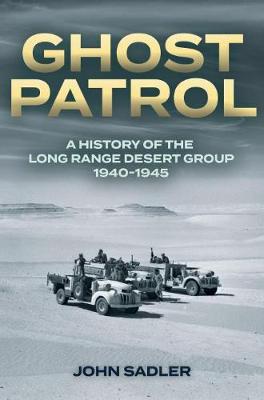 An accessible and entertaining new history of the Long Range Desert Group, forerunner of the SAS, famous for their exploits in the Desert War, and full of memorable characters and archetypal British heroes. The origins of most of the west's Special Forces can be traced back to the Long Range Desert Group which operated across the limitless expanses of the Libyan Desert, an area the size of India, during the whole of the Desert War from 1940 1943. After the defeat of the Axis in North Africa they adapted to serve in the Mediterranean, the Greek islands, Albania, Yugoslavia and Greece. They became the stuff of legend. The brainchild of Ralph Bagnold, a pre-war desert explorer, featured, in fictional terms in The English Patient, who put all of his expertise into the creation of a new and, by the standards of the day, highly unorthodox unit. Conventional tactical thinking shunned the deep heart of the vast desert as it was thought to be a different planet, a harsh, inhospitable wilderness where British forces could not possibly survive even less operate effectively. Bagnold, Pat Clayton and Bill Kennedy Shaw created a whole new type of warfare. Using specially adapted vehicles and the techniques they'd learned in the'30s, recruiting only men of the right temperament and high levels of fitness and endurance, the first patrols set out bristling with automatic weapons. The 30-cwt Chevy truck and the famous Jeep have become iconic, the LRDG, in a dark hour, was the force which took the fight to the enemy, roving over the deep desert a small raider's paradise, attacking enemy convoys and outposts, destroying aircraft and supplies, forcing the Axis to expend more and more resources protecting their vulnerable lines. Their work was often dangerous, always taxing, exhausting and uncomfortable. They were a new breed of soldier. The Axis never managed to equip any similar unit, they never escaped their fear of the scorching wilderness. Once the desert war was won they transferred their skills to the Mediterranean sector, re-training as mountain guerrillas, serving in the ill-fated Dodecanese campaign, then in strife torn Albania, Yugoslavia and Greece, fighting alongside the mercurial partisans at a time the Balkans were sliding towards communist domination or civil war. In addition LRDG worked alongside the fledgling SAS and they established, beyond all doubt, the value of highly trained Special Forces, a legacy which resonates today. AUTHOR: John Sadler has been writing and teaching military history for over thirty years with some 34 non-fiction and one historical fiction titles in print. For over two decades he has lectured on war studies at Newcastle and Sunderland Universities Centre for Lifelong Learning, (now the 'Explore' Programme). He is also a highly experienced battlefield tour guide for both world wars, classical, medieval and Napoleonic conflicts.

Other Editions - Ghost Patrol: A History of the Long Range Desert Group 1940-1945 by John Sadler 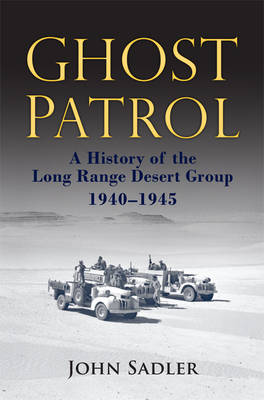 » Have you read this book? We'd like to know what you think about it - write a review about Ghost Patrol: A History of the Long Range Desert Group 1940-1945 book by John Sadler and you'll earn 50c in Boomerang Bucks loyalty dollars (you must be a Boomerang Books Account Holder - it's free to sign up and there are great benefits!)


A Preview for this title is currently not available.
More Books By John Sadler
View All