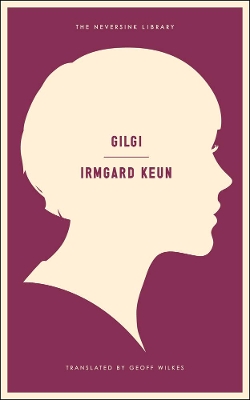 "The stirring, never-before-translated story of a single, pregnant, and wickedly nervy young secretary making her way through a Germany succumbing to the Nazis. Written when the author was only 19 years old, Gilgi was an overnight sensation upon its initial publication in Germany, selling hundreds of thousands of copies, inspiring numerous imitators, and making Irmgard Keun a household name a reputation that was only heightened when, a few years later, the nervy Keun sued the Gestapo for blocking her royalties. The story of a young woman trying to establish her independence in a society being overtaken by fascism, Gilgi was not only a brave story, but revolutionary in its depiction of women's issues, at the same time that it was, simply, an absorbing and stirring tale of a dauntless spirit. Gilgi is a secretary in a hosiery firm, but she's not going to stay there for long- she's disciplined and ambitious, taking classes in French, Spanish, and English, saving up money to go abroad, and carefully avoiding both the pawing of her boss and any other prolonged romantic entanglements. But then she falls in love with Martin, a wealthy businessman, and leaves her job for d

Other Editions - Gilgi by Irmgard Keun 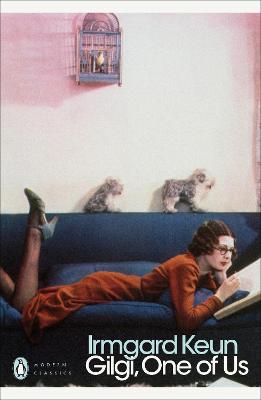 » Have you read this book? We'd like to know what you think about it - write a review about Gilgi book by Irmgard Keun and you'll earn 50c in Boomerang Bucks loyalty dollars (you must be a Boomerang Books Account Holder - it's free to sign up and there are great benefits!)

IRMGARD KEUN become an overnight sensation in German literary circles with the publication of her first novel, Gilgi, at the age of 21. Her second novel, The Artificial Silk Girl, shot to bestseller status in 1932, only to be placed the next year on an early Nazi blacklist. Eventually sentenced to death by the Nazis, she fled the country again and staged her own suicide ... then snuck back into Germany where she lived undercover for the duration of the war. She died in 1982, shortly after her work was rediscovered by feminist critics and general readers in Germany. Translator GEOFF WILKES is a Lecturer in German at the University of Queensland. He wrote the afterwords to Keun's novel After Midnight and to Hans Fallada's Every Man Dies lone.

A Preview for this title is currently not available.
More Books By Irmgard Keun
View All