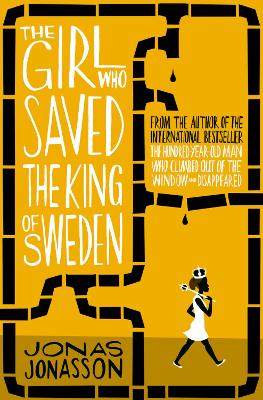 The Girl Who Saved the King of Sweden

From the author of the bestselling 'The Hundred-Year-Old Man Who Climbed Out the Window and Disappeared', comes a charming, humorous and utterly unique tale of how one young woman's actions can have unlikely - and global - consequences.

Nombeko Mayeki was never meant to be a hero. Born in a Soweto shack, she seemed destined for a short, hard life. But now she is on the run from the world 's most ruthless secret service, with three Chinese sisters, twins who are officially one person and an elderly potato farmer. Oh, and the fate of the King of Sweden - and the world - rests on her shoulders.

As uproariously funny as Jonas Jonasson's bestselling debut, this is an entrancing tale of luck, love and international relations.

Buy The Girl Who Saved the King of Sweden by Jonas Jonasson from Australia's Online Independent Bookstore, Boomerang Books. 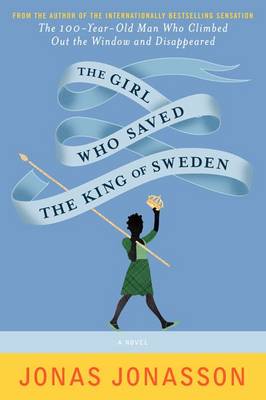 » Have you read this book? We'd like to know what you think about it - write a review about Girl Who Saved the King of Sweden book by Jonas Jonasson and you'll earn 50c in Boomerang Bucks loyalty dollars (you must be a Boomerang Books Account Holder - it's free to sign up and there are great benefits!)

Jonas Jonasson was a journalist for the Expressen newspaper for many years. He became a media consultant and later on set up a company producing sports and events for Swedish television. He sold his company and moved abroad to work on his first novel, The Hundred-Year-Old Man Who Climbed Out of the Window and Disappeared. Jonasson now lives on the Swedish island Gotland in the Baltic Sea. His most recent novel is Hitman Anders and the Meaning of It All.

The Accidental Further Adventures of the Hundred-Year-Old Man
Jonas Jonasson
$16.99 $19.99

One Hundred-Year-Old Man Who Climbed Out The Window And Disappeared
Available, ships in 7-10 business days
$16.99 $19.99