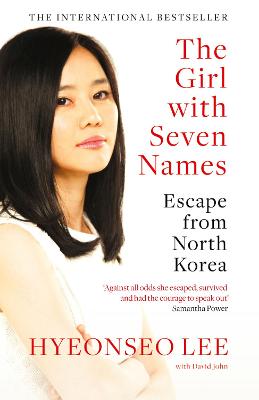 The Girl with Seven Names

Description - The Girl with Seven Names by Hyeonseo Lee

An extraordinary insight into life under one of the world's most ruthless and secretive dictatorships - and the story of one woman's terrifying struggle to avoid capture/repatriation and guide her family to freedom.

As a child growing up in North Korea, Hyeonseo Lee was one of millions trapped by a secretive and brutal communist regime. Her home on the border with China gave her some exposure to the world beyond the confines of the Hermit Kingdom and, as the famine of the 1990s struck, she began to wonder, question and to realise that she had been brainwashed her entire life. Given the repression, poverty and starvation she witnessed surely her country could not be, as she had been told "the best on the planet"?

Aged seventeen, she decided to escape North Korea. She could not have imagined that it would be twelve years before she was reunited with her family.

She could not return, since rumours of her escape were spreading, and she and her family could incur the punishments of the government authorities - involving imprisonment, torture, and possible public execution. Hyeonseo instead remained in China and rapidly learned Chinese in an effort to adapt and survive. Twelve years and two lifetimes later, she would return to the North Korean border in a daring mission to spirit her mother and brother to South Korea, on one of the most arduous, costly and dangerous journeys imaginable.

This is the unique story not only of Hyeonseo's escape from the darkness into the light, but also of her coming of age, education and the resolve she found to rebuild her life - not once, but twice - first in China, then in South Korea. Strong, brave and eloquent, this memoir is a triumph of her remarkable spirit.


Other Editions - The Girl with Seven Names by Hyeonseo Lee 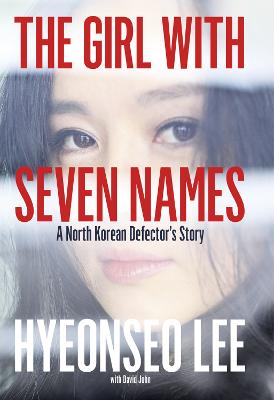 Book Reviews - The Girl with Seven Names by Hyeonseo Lee

» Have you read this book? We'd like to know what you think about it - write a review about Girl with Seven Names book by Hyeonseo Lee and you'll earn 50c in Boomerang Bucks loyalty dollars (you must be a Boomerang Books Account Holder - it's free to sign up and there are great benefits!)

Hyeonseo Lee grew up in North Korea but escaped to China in 1997. In 2008, after more than 10 years there, she came to Seoul, South Korea, where she struggled to adjust to life in the bustling city. Recently graduated from Hankuk University of Foreign Studies, she has become a regular speaker on the international stage fostering human rights and awareness of the plight of North Koreans. She is an advocate for fellow refugees, even helping close relatives leave North Korea. Her TED talk has been viewed nearly 4m times. She is married to her American husband Brian Gleason and currently lives in South Korea.