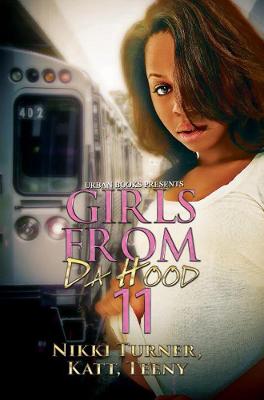 "Trust Issues" by Nikki Turner- Kima has always felt like a burden to her grandmother. As soon as she's old enough, she heads out on her own, thinking she's met her knight in shining armor. What she doesn't know is that he's anything but good. Kori is a womanizing drug dealer who would sell his own mother if he was caught in a jam. Will Kima's new man be her salvation, or will he be the death of her?

"Twisted Triangles" by Katt- Mike-B and his homie-for-life, Jeff, think they have met their ride or die chicks. Lenore and Denise have plans of their own, however. They do what they do and leave behind a body or two. When murder hits home and the bodies start piling up, Mike-B is wondering what went wrong. In this twisted triangle, who is going to get stuck with the bodies?

"Baby Mamas Club" by Teeny- Keysha, Monica, and Bree all have one thing in common- the same reckless baby daddy. Keysha has the most intense feelings toward him, and no matter what Tremaine does, she is determined to make his life a living hell. If he's not willing to step up his game and take care of his responsibilities, then she has plans that will make him regret that he ever made her his baby's mama.

"The Side Hoes Club" by Teeny- Sticks and stones can break bones, but Miah Jefferson is proud of her side-ho status-until things take a drastic turn for the worst. Then she will be forced to reach deep within her soul to find out why she chooses to date men like Moses, Carl, and Juan. With men who take such good care of her, will she ultimately be willing to abandon her status as the other woman?

Other Editions - Girls From Da Hood 11 by Nikki Turner 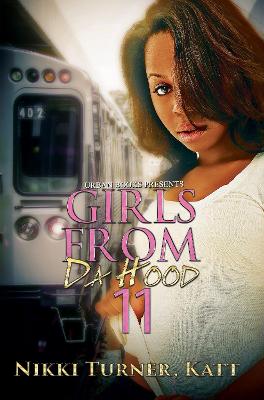 » Have you read this book? We'd like to know what you think about it - write a review about Girls From Da Hood 11 book by Nikki Turner and you'll earn 50c in Boomerang Bucks loyalty dollars (you must be a Boomerang Books Account Holder - it's free to sign up and there are great benefits!)

Nikki Turner is the author of The New York Times bestseller Black Widow, the #1 Essence bestseller Forever a Hustler's Wife, and the Essence bestsellers A Hustler's Wife, The Glamorous Life, and Riding Dirty on I-95. Katt is a former prostitute turned bookworm and author. She was discovered by New York Times bestselling author Carl Weber and has been touted along with authors Brick and Storm as one of the industry's rising stars. Teeny is new to the Urban Books family. This is her first published work.

A Preview for this title is currently not available.
More Books By Nikki Turner
View All