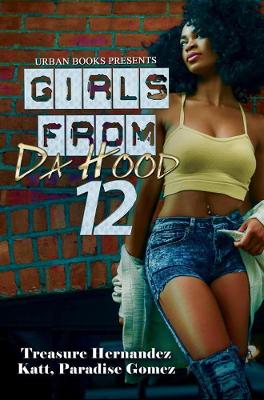 Short Stacks by Treasure Hernandez- Honey has been working them streets for El-Jihad, selling his wares and keeping up her end of the bargain. He warned it was "three strikes and you're out," and she has already come up short twice. Now Honey and her goons meet up with DeAngelo, who refuses to pay back his loan. If she can't come up with El-Jihad's money within days, it will be her head on a platter.

Street Life Johnny's in Love by Katt- Strawberry has been a rather lucrative ho for Larry "Sir" Smalls; however, she's been at it for a minute, and it is starting to have an effect on her mind and body. When she meets up with an old high school friend, Sir beats her nearly to death. Her friend rescues her, but will Sir let her go without a fight?

Payback by Paradise Gomez- Jackie spent fifteen years in the state pen for stabbing the fool that had the audacity to put his hands on her. Now she's home, trying to turn her life around, but it's hard to get a job as a violent ex-con. Her aunt, the powerful queen of a drug cartel, turns up and takes her in. Soon, an all-out war between the aunt and the fool who put her in prison breaks out. Will Jackie resort to the same violence that got her locked up?

Other Editions - Girls From Da Hood 12 by Treasure Katt » Have you read this book? We'd like to know what you think about it - write a review about Girls From Da Hood 12 book by Treasure Katt and you'll earn 50c in Boomerang Bucks loyalty dollars (you must be a Boomerang Books Account Holder - it's free to sign up and there are great benefits!)

Treasure Hernandez was incarcerated in a United States penitentiary. Upon her release, she moved to Atlanta with her daughter. She is working on future projects for Urban Books. Katt is a former prostitute turned bookworm and author. She was discovered by New York Times bestselling author Carl Weber and has been touted along with authors Brick and Storm as one of the industry's rising stars. Paradise Gomez is currently incarcerated in a federal prison.

A Preview for this title is currently not available.
More Books By Treasure Katt
View All