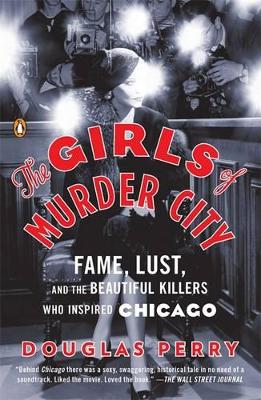 Fame, Lust, and the Beautiful Killers Who Inspired Chicago

CHICAGO, 1924. THERE WAS NOTHING SURPRISING ABOUT MEN TURNING UP DEAD IN THE SECOND CITY - BUT A PAIR OF MURDERS THAT SPRING HAD SOMETHING SPECIAL.

More than a dozen murderesses preened and strutted in Cook County Jail as they awaited trial, but two stood above all the rest. Thanks to the efforts of an intrepid 'girl reporter' named Maurine Watkins, 'Stylish Belva' Gaertner and fellow inmate 'Beautiful Beulah' Annan captivated the city during a bloody, sex-charged spring and summer at the height of Prohinition. Douglas Perry vividly captures the sensationalized circus atmosphere that popularized the concept of the celebrity criminal-and years later inspired the iconic musical Chicago. Fueled by rich period detail and characters who seemed destined for the stage, this crackling social history that simultaneously presents the freewheeling spirit of the Jazz Age and its sober repercussions.

'For true crime buffs, history fans, or anyone interested in the roaring 1920s, this one's a sure-fire hit.'
- MINNEAPOLIS STAR TRIBUNE

'A fascinating look at the women who literally got away with murder because they looked too good to hang.'
- THE HERALD-DISPATCH

» Have you read this book? We'd like to know what you think about it - write a review about Girls of Murder City book by Douglas Perry and you'll earn 50c in Boomerang Bucks loyalty dollars (you must be a Boomerang Books Account Holder - it's free to sign up and there are great benefits!)

DOUGLAS PERRY is an award-winning writer and editor whose work has appeared in the Chicago Tribune, The San Jose Mercury News, Details, and The Oregonian. He is the online features editor at The Oregonian and the co-author of The Sixteenth Minute: Life in the Aftermath of Fame. He lives in Portland, Oregon.

A Preview for this title is currently not available.
More Books By Douglas Perry
View All