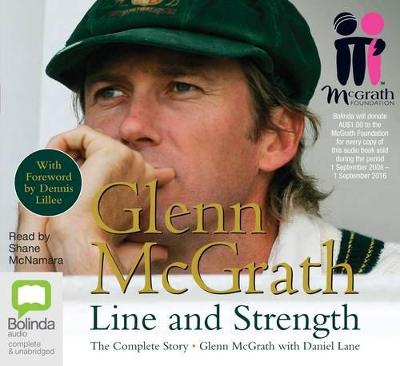 Glenn McGrath is one of the most highly regarded fast-medium pace bowlers in cricketing history, and was a leading contributor to Australia's domination of world cricket from the mid-1990s to 2007. He holds the world record for Test wickets by a fast bowler. He retired from Test cricket after the fifth Ashes Test in Sydney 2007, whilst the World Cup that year marked the end of his one-day career. McGrath was named One Day International Player of the Year and Wisden Cricketer of the year on more than one occasion.

Glenn McGrath's achievements off the field are just as admirable. With his wife, Jane, he established the McGrath Foundation, a major fundraiser and supporter of women with breast cancer. He supported Jane through her own 11-year battle with breast cancer that sadly ended in June 2008. Glenn McGrath: Line and Strength is more than just a sporting biography and will have broad appeal to men and women. 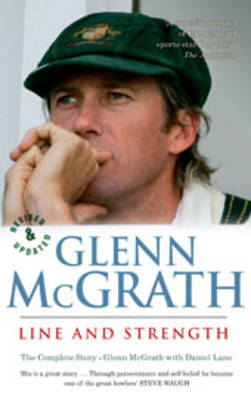 » Have you read this book? We'd like to know what you think about it - write a review about Glenn Mcgrath book by Glenn McGrath and you'll earn 50c in Boomerang Bucks loyalty dollars (you must be a Boomerang Books Account Holder - it's free to sign up and there are great benefits!)