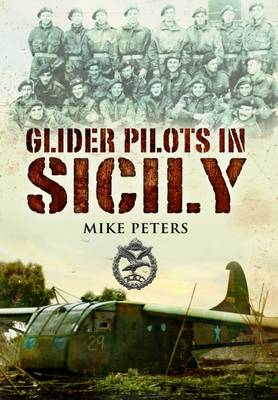 The British Airborne landings on Sicily are the least known and, without doubt, the most fraught with political and technical strife. Newly formed Airlanding troops were delivered into battle in gliders they knew little about. The men of the Glider Pilot Regiment (GPR) had self-assembled the gliders while living in the empty packing cases. They accomplished this complex and technically challenged task while living on fly-ridden, dusty North African airfields. After only a few hours of conversion training they took off for a night flight across the Mediterranean Sea that was to end in near-catastrophe. With over three hundred soldiers drowned off Sicily that night in July 1943, the first major operation attempted by the British using gliders almost ended in total disaster. In fact a few Airborne troops reached dry land and attacked their objectives. Shining examples of collective and individual acts of courage rocked the Italian and German defenders. This book tells the controversial story of that first mass glider operation and the men who proved the GPR motto - Nothing is Impossible. This is the first account of the Sicily air landing operation. AUTHOR: Mike Peters served in Army Air Corps for over 30 years rising from Private to Major, via Regimental Sergeant Major. He is Assistant Secretary of the Guild of Battlefield Guides and has led tours to Sicily and many other theatres. He is the author of Glider Pilots at Aenhem. SELLING POINTS: Lifts the veil on the first ever near catastrophic used of towed gliders in combat action Describes the birth of air borne and air landing forces The lack of training and expertise led to the deaths of hundreds of troops by drowning during the invasion of Sicily Inspiring accounts of gallantry by the survivors. The Glider Regiment has the highest casualty rate of any British unit in WW2 ILLUSTRATIONS: 16 pages of b/w plates

» Have you read this book? We'd like to know what you think about it - write a review about Glider Pilots in Sicily book by Mike Peters and you'll earn 50c in Boomerang Bucks loyalty dollars (you must be a Boomerang Books Account Holder - it's free to sign up and there are great benefits!)


A Preview for this title is currently not available.
More Books By Mike Peters
View All