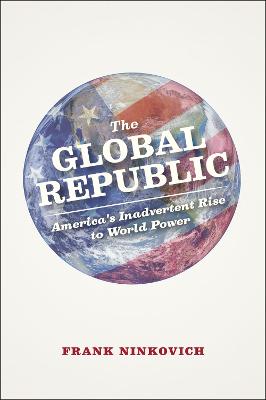 For decades the United States has been the most dominant player on the world's stage. The country's economic authority, its globally forceful foreign policy, and its leading position in international institutions tend to be seen as the result of a long-standing, deliberate drive to become a major global force. Furthermore, it has become widely accepted that American exceptionalism?the belief that America is a country like no other in history?has been at the root of many of the country's political, military, and global moves. Frank Ninkovich disagrees. ?

One of the preeminent intellectual historians of our time, Ninkovich delivers here his most ambitious and sweeping book to date. He argues that historically the United States has been driven not by a belief in its destiny or its special character but rather by a need to survive the forces of globalization. He builds the powerful case that American foreign policy has long been based on and entangled in questions of global engagement, while also showing that globalization itself has always been distinct from?and sometimes in direct conflict with?what we call international society.?

In the second half of the twentieth century, the United States unexpectedly stumbled into the role of global policeman and was forced to find ways to resolve international conflicts that did not entail nuclear warfare. The United States's decisions were based less in notions of exceptionalism and more in a need to preserve and expand a flourishing global society that had become essential to the American way of life.

Sure to be controversial,?The Global Republic?compellingly and provocatively counters some of the deepest and most common misconceptions about America's history and its place in the world.

» Have you read this book? We'd like to know what you think about it - write a review about Global Republic book by Frank Ninkovich and you'll earn 50c in Boomerang Bucks loyalty dollars (you must be a Boomerang Books Account Holder - it's free to sign up and there are great benefits!)

Frank Ninkovich is professor emeritus of history at St. John's University, New York. He is the author of many books, including Modernity and Power and The Wilsonian Century, both also published by University of Chicago Press. His most recent book is Global Dawn: The Cultural Foundation of American Internationalism.

A Preview for this title is currently not available.
More Books By Frank Ninkovich
View All