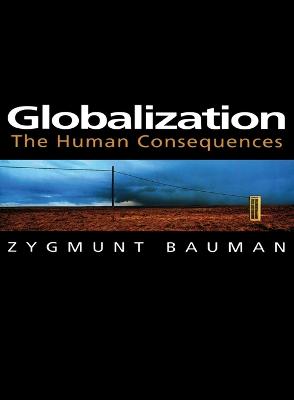 'Globalization' is a word that is currently much in use. This book
is an attempt to show that there is far more to globalization than
its surface manifestations. Unpacking the social roots and social
consequences of globalizing processes, this book disperses some of
the mist that surrounds the term.
Alongside the emerging planetary dimensions of business, finance,
trade and information flow, a 'localizing', space-fixing process is
set in motion. What appears as globalization for some, means
localization for many others; signalling new freedom for some,
globalizing processes appear as uninvited and cruel fate for many
others. Freedom to move, a scarce and unequally distributed
commodity, quickly becomes the main stratifying factor of our
times.


Neo-tribal and fundamentalist tendencies are as legitimate
offspring of globalization as the widely acclaimed 'hybridization'
of top culture - the culture at the globalized top. A particular
reason to worry is the progressive breakdown in communication
between the increasingly global and extra- territorial elites and
ever more 'localized' majority. The bulk of the population, the
'new middle class', bears the brunt of these problems, and suffers
uncertainty, anxiety and fear as a result.


This book is a major contribution to the unfolding debate about
globalization, and as such will be of interest to students and
professionals in sociology, human geography and cultural
issues.

Other Editions - Globalization by Zygmunt Bauman 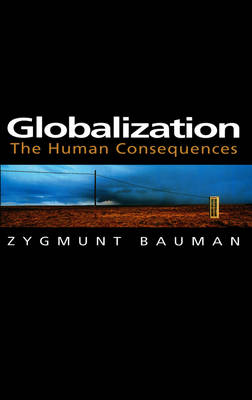 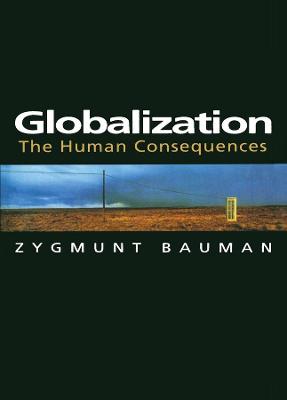 View all editions of Globalization by Zygmunt Bauman

» Have you read this book? We'd like to know what you think about it - write a review about Globalization book by Zygmunt Bauman and you'll earn 50c in Boomerang Bucks loyalty dollars (you must be a Boomerang Books Account Holder - it's free to sign up and there are great benefits!)

Zygmunt Bauman (1925-2017) was Professor of Sociology at the Universities of Leeds and Warsaw and was awarded the Theodor W. Adorno Prize for 1998.