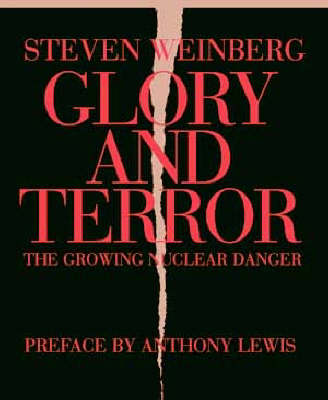 Steven Weinberg, the Nobel Prize-winning physicist, writes that America today "has an unprecedented opportunity to begin to escape from the risk of nuclear annihilation." But, he warns, President Bush is not only letting this opportunity slip away, he is, in some respects, moving in the wrong direction.

Bush's abrogation of the 1972 treaty limiting anti-ballistic missile systems is one example. Another, equally worrying, is the "revival of the idea of developing nuclear weapons for use, rather than solely for deterrence." The development of low-yield, earth-penetrating nuclear weapons for use in attacking underground bunkers "would be foolishness on a scale that even medieval knights might find implausible," Weinberg argues.

Such weapons would be "one sort of folly to which war is especially well suited: the lust for glory." The temptation to prize military glamour over sensible strategy has always been with us, as Weinberg shows in examples from the Middle Ages onward, but may have a particularly dangerous effect on defense policies in our age of high-tech armaments.

Anthony Lewis writes in his preface concerning these proposed weapons: "In the face of official folly so great, most of us tend to turn off. The subject is too difficult, and too frightening. But Steven Weinberg does not turn off. He grapples with the danger and the folly in understandable and elegant prose."

» Have you read this book? We'd like to know what you think about it - write a review about Glory And Terror book by Steven Weinberg and you'll earn 50c in Boomerang Bucks loyalty dollars (you must be a Boomerang Books Account Holder - it's free to sign up and there are great benefits!)

Steven Weinberg holds the Josey Regental Chair in Science at the University of Texas at Austin. He has been awarded the Nobel Prize in physics and the National Medal of Science. His latest book for general readers is Lake Views: This World and the Universe.

A Preview for this title is currently not available.
More Books By Steven Weinberg
View All