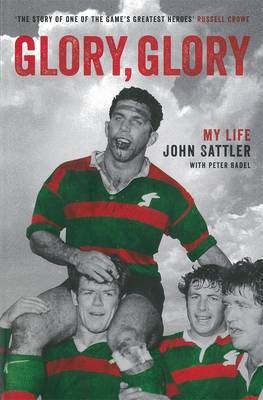 The story of a rugby league legend.
A gentleman off the field and a brute on it, John Sattler was one of the most feared players of his era. He was equally renowned for his toughness and courage- famously, he played 77 minutes in the 1970 Grand Final with a shattered jaw, leading the Rabbitohs to victory over Manly. Here for the first time he tells his own story in his own words and in his style- honest, uncompromising and direct.

It's the story of a boy from the bush who led the ride of the League back to its rightful place at the top of the Sydney premiership. Along the way, Sattler toured with the Kangaroos, played in four winning Grand Finals and survived a near-fatal car crash. While he later built a new life for himself as a proud Queensland, Sattler will always remain a South Sydney legend and an icon of the game.

The story of a rugby league legend.

'If you say South Sydney, you automatically think of Johnny Sattler. He was the iconic, archetypal Rabbitoh warrior.' RayMartin
'The story of one of the game's greatest heroes'Russell Crowe?

Other Editions - Glory, Glory: My Life by John Sattler 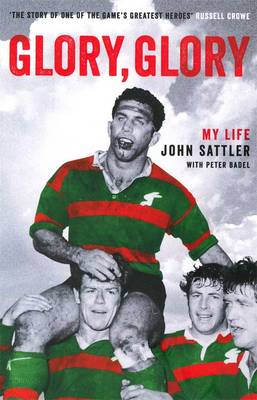 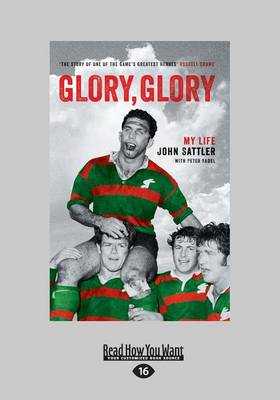 » Have you read this book? We'd like to know what you think about it - write a review about Glory, Glory: My Life book by John Sattler and you'll earn 50c in Boomerang Bucks loyalty dollars (you must be a Boomerang Books Account Holder - it's free to sign up and there are great benefits!)