Gaius Valerius Verrens, once the friend of emperors and sometime Hero of Rome, returns to the furthest reaches of the Empire - to Britannia - to lead the Ninth Legion in its bid to quell a savage uprising by the Celtic tribes and their defiant and scheming Druids...

77AD. Gaius Valerius Verrens is an honoured member of Emperor Vespasian's inner circle, but the enmity between him and Vespasian's son Domitian means that, even in Rome, danger is never far away. Meanwhile, in the outer reaches of the Empire, in Britannia, trouble is brewing.The governor, Gnaeus Julius Agricola is preparing to march his legions north and Valerius is Agricola's chief legal adviser and deputy governor. It's the opportunity he seeks to move his wife and son out of reach of Domitian's wrath. But Britannia is where Valerius cut his military teeth and whetted his sword - and he will soon discover that the ghosts of his past are never far away and are more dangerous perhaps than Domitian.The massacre of a Roman garrison and suspicious death of the legate of the Ninth Legion throw Agricola's preparations into confusion. Now his eyes turn west to Mona, the Druids Isle, where the Celtic priesthood still harbours hopes of ridding Britannia of Roman rule. But to deal with the druids and their savage Ordovice protectors Agricola needs a soldier he can trust at the head of the 'unlucky' Ninth. Only one man in the province has the experience and the ability . . .So a reluctant Valerius must put aside his scrolls and pick up his sword once more and march beside the eagle of the Ninth. It's only as he stands on the shoreline opposite Mona that he understands any glory his new legion wins is likely to be fleeting and tainted - and that he has placed his family in deadly peril.

Other Editions - Glory of Rome by Douglas Jackson 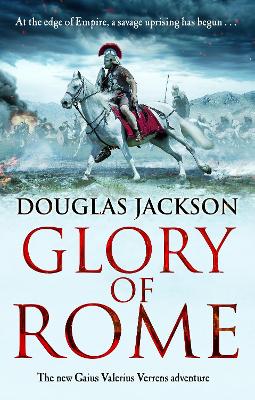 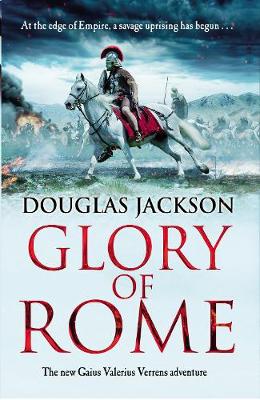 » Have you read this book? We'd like to know what you think about it - write a review about Glory of Rome book by Douglas Jackson and you'll earn 50c in Boomerang Bucks loyalty dollars (you must be a Boomerang Books Account Holder - it's free to sign up and there are great benefits!)