God and the Multiverse

Description - God and the Multiverse by Klaas Kraay

In recent decades, scientific theories have postulated the existence of many universes beyond our own. The details and implications of these theories are hotly contested. Some philosophers argue that these scientific models count against the existence of God. Others, however, argue that if God exists, a multiverse is precisely what we should expect to find. Moreover, these philosophers claim that the idea of a divinely created multiverse can help believers in God respond to certain arguments for atheism. These proposals are, of course, also extremely controversial. This volume collects together twelve newly published essays - two by physicists, and ten by philosophers - that discuss various aspects of this issue. Some of the essays support the idea of a divinely created multiverse; others oppose it. Scientific, philosophical, and theological issues are considered.

Other Editions - God and the Multiverse by Klaas Kraay 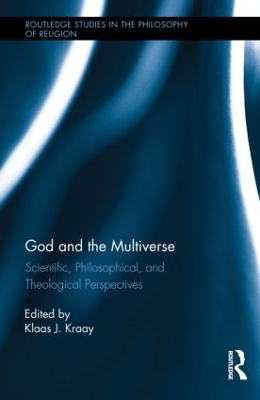 Book Reviews - God and the Multiverse by Klaas Kraay

» Have you read this book? We'd like to know what you think about it - write a review about God and the Multiverse book by Klaas Kraay and you'll earn 50c in Boomerang Bucks loyalty dollars (you must be a Boomerang Books Account Holder - it's free to sign up and there are great benefits!)

Klaas J. Kraay is an Associate Professor of Philosophy at Ryerson University in Toronto, Canada. He has published articles in such journals as Philosophical Studies, Erkenntnis, American Philosophical Quarterly, the Canadian Journal of Philosophy, the International Journal for Philosophy of Religion, Religious Studies, and Faith and Philosophy.

A Preview for this title is currently not available.
More Books By Klaas Kraay
View All