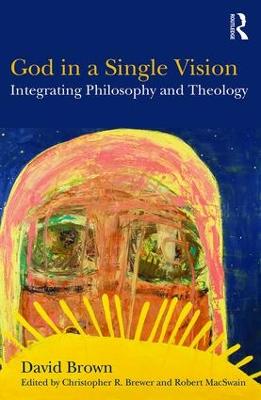 God in a Single Vision

Description - God in a Single Vision by David Brown

In the ancient conversation between Western philosophy and Christian theology, powerful contemporary voices are arguing for monologue rather than dialogue. Instead of these two disciplines learning from and mutually informing each other, both philosophers and theologians are increasingly disconnected from, and thus unable to hear, what the other is saying, especially in Anglo-American scholarship. Some Christian philosophers are now found claiming methodological authority over doctrine, while some Christian theologians even deny that philosophy has its own integrity as a separate discipline. Against these trends, David Brown has argued over the past thirty years that philosophy and theology are both necessary in order to grapple with the reality of divine mystery and Christian faith. Neither discipline can be reduced to the other, and each has its own contribution to make for a full understanding of what Brown describes as 'a single vision' of God. In this volume, Brown addresses some key topics in philosophical theology, including the created order, experience and revelation, incarnation and redemption, and heaven and our communal destiny. Combining analytic clarity, doctrinal substance, and historical depth, this volume exemplifies Brown's project of truly integrating philosophy and theology. It thus provides an ideal introduction to this vital conversation for undergraduate and postgraduate students, as well as a connected argument of interest to specialists in both disciplines.

Other Editions - God in a Single Vision by David Brown 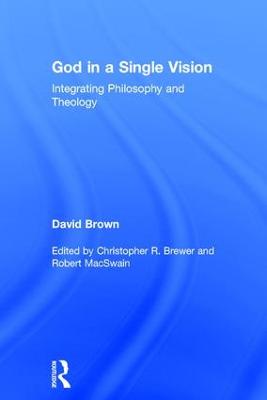 Book Reviews - God in a Single Vision by David Brown

» Have you read this book? We'd like to know what you think about it - write a review about God in a Single Vision book by David Brown and you'll earn 50c in Boomerang Bucks loyalty dollars (you must be a Boomerang Books Account Holder - it's free to sign up and there are great benefits!)

Ever since the publication of The Divine Trinity in 1985, David Brown has been recognized as one of the leading philosophical theologians of Great Britain and an important international voice in the conversation between philosophy and theology. Having taught previously at Oxford and Durham, he retired as Wardlaw Professor of Theology, Aesthetics, and Culture at the University of St Andrews in September 2015. A priest in the Scottish Episcopal Church, he is a Fellow of both the British Academy and the Royal Society of Edinburgh, and the current President of the Society for the Study of Theology. Christopher R. Brewer (PhD, St Andrews) is Manager of Church Partner Development at The Colossian Forum on Faith, Science and Culture in Grand Rapids, MI. He is the editor of Art that Tells the Story, and the author of Understanding Natural Theology, forthcoming. Robert MacSwain is Associate Professor of Theology, The School of Theology, The University of the South, Sewanee, Tennessee, USA. The author of Solved by Sacrifice: Austin Farrer, Fideism, and the Evidence of Faith, he has also edited or co-edited several volumes, including Scripture, Metaphysics, and Poetry: Austin Farrer's 'The Glass of Vision' With Critical Commentary.

A Preview for this title is currently not available.
More Books By David Brown
View All

The Four Gospels, According to the Authorized Version: With Original and Selected Parallel References and Marginal Readings, and an Original and Copious Critical and Explanatory Commentary ..
$92.47 $102.74