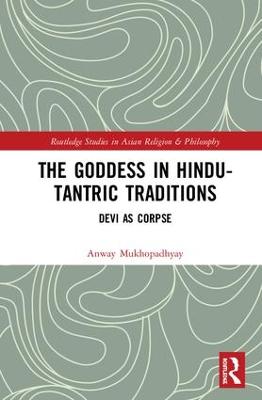 The Goddess in Hindu-Tantric Traditions

Description - The Goddess in Hindu-Tantric Traditions by Anway Mukhopadhyay

The Great Goddess, in her various puranic and tantric forms, is often figured as sitting on a corpse which is identified as Shiva-as-shava (God Shiva, the consort of the Devi and an iconic representation of the Absolute without attributes, the Nirguna Brahman). Hence, most of the existing critical works and ethnographic studies on Shaktism and the tantras have focused on the theological and symbolic paraphernalia of the corpses which operate as the asanas (seats) of the Devi in her various iconographies.

This book explores the figurations of the Goddess as corpse in several Hindu puranic and Shakta-tantric texts, popular practices, folk belief systems, legends and various other cultural phenomena based on this motif. It deals with a more intricate and fundamental issue than existing works on the subject: how and why is the Devi - herself - figured as a corpse in the Shakta texts, belief systems and folk practices associated with the tantras? The issues which have been raised in this book include: how does death become a complement to life within this religious epistemology? How does one learn to live with death, thereby lending new definitions and new epistemic and existential dimensions to life and death? And what is the relation between death and gender within this kind of figuration of the Goddess as death and dead body? Analysing multiple mythic narratives, hymns and scriptural texts where the Devi herself is said to take the form of the Shava (the corpse) as well as the Shakti who animates dead matter, this book focuses not only on the concept of the theological equivalence of the Shava (Shiva as corpse) and the Shakti (Energy) in tantras but also on the status of the Divine Mother as the Great Bridge between the apparently irreconcilable opposites, the mediatrix between Spirit and Matter, death and life, existence-in-stasis and existence-in-kinesis.

Other Editions - The Goddess in Hindu-Tantric Traditions by Anway Mukhopadhyay 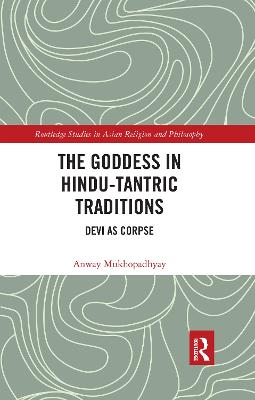 Book Reviews - The Goddess in Hindu-Tantric Traditions by Anway Mukhopadhyay

» Have you read this book? We'd like to know what you think about it - write a review about Goddess in Hindu-Tantric Traditions book by Anway Mukhopadhyay and you'll earn 50c in Boomerang Bucks loyalty dollars (you must be a Boomerang Books Account Holder - it's free to sign up and there are great benefits!)

Anway Mukhopadhyay is an Assistant Professor in the Department of English and Culture Studies at the University of Burdwan, India.

A Preview for this title is currently not available.
More Books By Anway Mukhopadhyay
View All