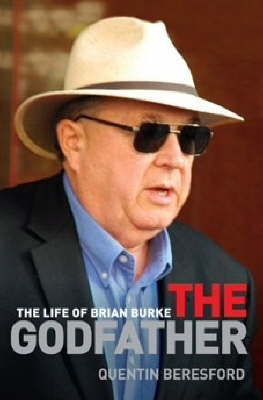 The Life of Brian Burke

Description - The Godfather by Quentin Beresford

Once touted as a potential prime minister, former Western Australian premier Brian Burke has had a rollercoaster career. This is the first major biography of this charismatic and influential politician who even out of power and disgraced, pulled political strings in WA and beyond.

The most popular premier in the nation in the 1980s, Brian Burke went to gaol twice after the scandals of WA Inc. His reputation was thought to be damaged beyond repair, but he became a successful lobbyist for some of the most powerful corporations in the country. As the Corruption and Crime Commission steadily closed in on him he was shown to be running a virtual shadow cabinet in his home state.

Quentin Beresford tracks the rise, fall, resurrection and then collapse of the man in the Panama hat, examining what it is in Burke's personality, the nature of Labor party factionalism and the business community that brought him such power and influence across the country.

» Have you read this book? We'd like to know what you think about it - write a review about Godfather book by Quentin Beresford and you'll earn 50c in Boomerang Bucks loyalty dollars (you must be a Boomerang Books Account Holder - it's free to sign up and there are great benefits!)

Quentin Beresford is Associate Professor of Politics at Edith Cowan University and author of the prize-winning biography Rob Riley .

A Preview for this title is currently not available.
More Books By Quentin Beresford
View All