In this brilliantly written epic novel, Jeff Shaara traces the lives, passions, and careers of the great military leaders from the first gathering clouds of the Civil War. Here is Thomas "Stonewall" Jackson, a hopelessly by-the-book military instructor and devout Christian who becomes the greatest commander of the Civil War; Winfield Scott Hancock, a captain of quartermasters who quickly establishes himself as one of the finest leaders of the Union army; Joshua Chamberlain, who gives up his promising academic career and goes on to become one of the most heroic soldiers in American history; and Robert E. Lee, never believing until too late that a civil war would ever truly come to pass. Profound in its insights into the minds and hearts of those who fought in the war, Gods and Generals creates a vivid portrait of the soldiers, the battlefields, and the tumultuous times that forever shaped the nation.

Other Editions - Gods And Generals by Jeff Shaara 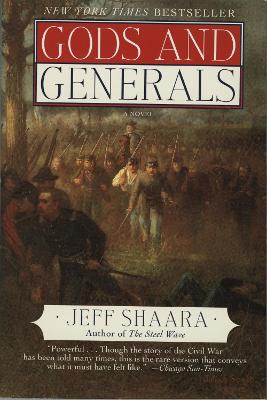 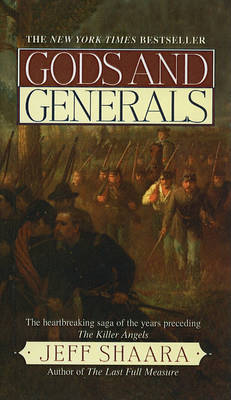 » Have you read this book? We'd like to know what you think about it - write a review about Gods And Generals book by Jeff Shaara and you'll earn 50c in Boomerang Bucks loyalty dollars (you must be a Boomerang Books Account Holder - it's free to sign up and there are great benefits!)