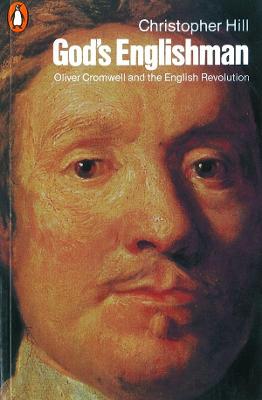 Oliver Cromwell and the English Revolution

A nuanced biography of Oliver Cromwell, breaking down Cromwell's life into different parts- fenland farmer and humble backbencher; stalwart of the good old cause and the New Model Army; key figure of the Commonwealth; and finally Lord Protector. Hill leads the reader unsentimentally through Cromwell's life from his beginnings in Huntingdonshire to his brutal end. Hill brings all his considerable knowledge of the period to bear on the relationships God's Englishman had with God and England. Such a detailed understanding of the workings of providence is vital to understanding Cromwell. 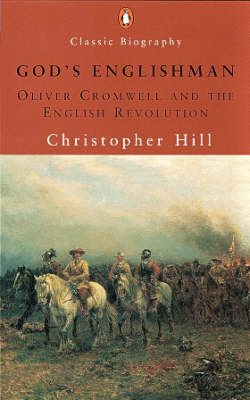 » Have you read this book? We'd like to know what you think about it - write a review about God's Englishman book by Christopher Hill and you'll earn 50c in Boomerang Bucks loyalty dollars (you must be a Boomerang Books Account Holder - it's free to sign up and there are great benefits!)

Christopher Hill was educated at St Peter's School, York, and at Balliol College, Oxford, and in 1934 was made a fellow of All Souls College, Oxford. In 1936 he became lecturer in modern history at University College, Cardiff, and two years later fellow and tutor in modern history at Balliol. After war service, which included two years in the Russian department of the Foreign Office, he returned to Oxford in 1945. From 1958 until 1965 he was university lecturer in sixteenth- and seventeenth-century history, and from 1965 to 1978 he was Master of Balliol College. After leaving Balliol he was for two years a Visiting Professor at the Open University. Dr Hill, a Fellow of the Royal Historical Society and of the British Academy, has received numerous honorary degrees from British universities, as well as the Hon. Dr. Sorbonne Nouvelle in 1979. His publications include Lenin and the Russian Revolution; Puritanism and Revolution; Society and Puritanism in Pre-Revolutionary England; Reformation to Industrial Revolution (second volume in the Penguin Economic History of Britain); God's Englishman: Oliver Cromwell and the English Revolution; The World Turned Upside Down; Milton and the English Revolution, which won the Royal Society of Literature Award; The Experience of Defeat: Milton and Some Contemporaries; A Turbulent, Seditious and Factious People: John Bunyan and His Church, which won the 1989 W. H. Smith Literary Award; The English Bible and the Seventeenth-Century Revolution, which was shortlisted for the 1993 NCR Book Award; and Liberty against the Law. Many of these titles are published by Penguin. Dr Hill is married with two children.