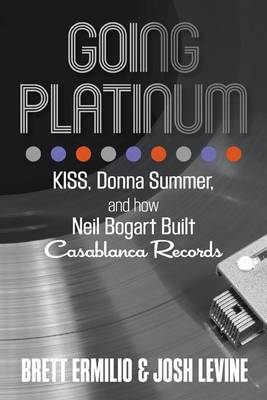 Neil Bogart was the founder of Casablanca Records and made the top acts of all 70's music's defining genres: stadium rock with KISS, disco with Donna Summer & the Village People, and funk with George Clinton's Parliament-Funkadelic. Written by his close nephew, who draws extensively on family archives and anecdotes, the book will capture all the glitz and glamour of Bogart's disco empire. Bogart literally brought KISS with him out to LA where they had a long but contentious relationship. He had a perhaps too close relationship with Donna Summer, and turned both the Village People and Parliament into superstars. Bogart died of cancer in 1982, but his influence on music reverberates to this day.

The man who would become a mega music mogul came from the projects of Brooklyn, New York and an abusive home. Bogart's is a story of redemption, of making it big, and ultimately, of a dream come true. He succumbed in part to the excesses of his triumphs.
This account, the first complete Bogart biography, is full of exclusive information and interviews about Neil's life along with family archives and photos. 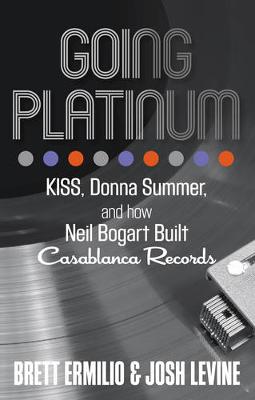 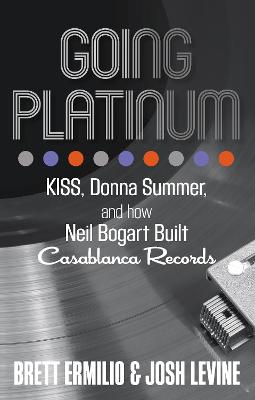 » Have you read this book? We'd like to know what you think about it - write a review about Going Platinum book by Brett Ermilio and you'll earn 50c in Boomerang Bucks loyalty dollars (you must be a Boomerang Books Account Holder - it's free to sign up and there are great benefits!)

Brett Ermilio was born in Brooklyn, New York, but his immediate family transplanted to Southern California when his uncle, Neil Scott Bogart, hit it big in the music business. Brett received the Sherill C. Corwin screenwriting award for Best Screenplay for his script entitled Jacob. He attended the University of California, Santa Barbara and California State University, Northridge, graduating with a Bachelor's Degree in History. Brett currently resides in New Jersey.Josh Levine's writing credits include a documentary based on the Holocaust restitution case, Stern v.Generali, called On Moral Grounds. He has also written for the Beverly Hills Courier where he covered the LAUSD. He graduated from the Master's of Professional Writing Program at the University of Southern California in 2003 with a Master's Degree in professional writing. He also works with 826LA, the Young Storytellers Foundation.

A Preview for this title is currently not available.
More Books By Brett Ermilio
View All