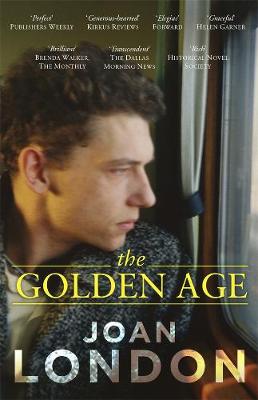 This is a story of resilience, the irrepressible, enduring nature of love, and the fragility of life, from one of Australia's most loved novelists.

It is 1954 and thirteen-year-old Frank Gold, refugee from wartime Hungary, is learning to walk again after contracting polio in Australia. At the Golden Age Children's Polio Convalescent Home in Perth, he sees Elsa, a fellow patient, and they form a forbidden, passionate bond. The Golden Age becomes the little world that reflects the larger one, where everything occurs- love and desire, music, death, and poetry. It is a place where children must learn they're alone, even within their families.

Subtle, moving and remarkably lovely, The Golden Age evokes a time past and a yearning for deep connection, from one of Australia's finest and most-loved novelists. 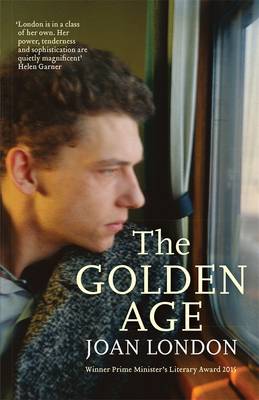 Joan London is the author of two prize-winning collections of stories, Sister Ships, which won the Age Book of the Year in 1986, and Letter to Constantine, which won the Steele Rudd Award in 1994 and the West Australian Premier's Award for fiction. These stories have been published in one volume as The New Dark Age. Her first novel, Gilgamesh, was published in 2001, won the Age Book of the Year for fiction and was longlisted for the Orange Prize and the International IMPAC Dublin Literary Award. Her second novel, The Good Parents, was published in 2008 and won the Christina Stead Prize for fiction in the NSW Premier's Literary Awards. Joan London's books have all been published internationally to critical acclaim.The Golden Age (2014), Joan London's third novel, won the Prime Minister's Literary Award for fiction, the Kibble Literary Award, the Western Australian Premier's Award for fiction and the Queensland Literary Award for fiction, and was shortlisted for the Miles Franklin Literary Award, the Stella Prize, the ALS Gold Medal and the Christina Stead Prize for fiction in the NSW Premier's Literary Awards.In 2015, Joan London was named a Western Australian State Living Treasure, and was also the recipient of the Patrick White Award, for a lifetime's 'outstanding contribution to Australian literature'. The judges described her body of work as 'quiet, poetic prose (that) opens up worlds, both real and imagined, of travel, desire, loss and love . . . London's nomadic characters travel through space and time affirming through their relationships and varied histories a global humanity.'