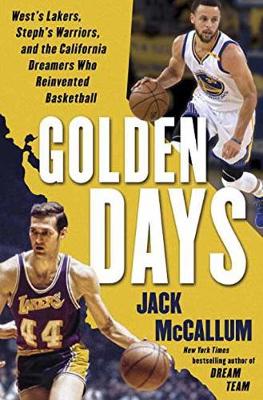 In Golden Days, acclaimed sports journalist Jack McCallum uses two teams-today's Golden State Warriors and the L.A. Lakers of the early 1970s-to trace the dynamic history of the National Basketball Association, which for much of the last half-century has marched memorably through the state of California. Tying together the two strands of McCallum's story is Hall of Famer Jerry West, the ferociously competitive Laker guard who later became one of the key architects of the Warriors. With "the Logo" as his guide, McCallum takes us deep into the locker rooms and front offices of these two era-defining teams, leveraging the access and authority he has amassed over his forty-year career to create a picture of the cultural juggernaut that the NBA has become.

Featuring up-close-and-personal portraits of some of the biggest names in basketball history, from Wilt Chamberlain to Steve Kerr to the transcendent duo of Stephen Curry and Kevin Durant,Golden Days is a history, not just of a changing sport, but a changing America.

"Full of juicy anecdotes and wagging fun . . . McCallum holds legitimate claim for being the greatest NBA writer of all time."-The Wall Street Journal

"Only one writer I know could pull all this together- two iconic champions, two roundball revolutions, and the deadeye legend whose silhouette binds them both. If basketball writing had a logo, it would be the image of Jack McCallum."-Lee Jenkins, senior writer, Sports Illustrated

"I had the pleasure of playing with, coaching with, and coaching for Jerry West, one of the great influences in the history of the NBA. Golden Days gets at the essence of the man as a player and an executive, while also exploring today's game through the Golden State Warriors."-Pat Riley, president, Miami Heat

"An original, fascinating, and breezy read . . . With his classic eye for detail and deadpan wit, Jack McCallum connects two of the greatest teams in sports history and manages to unearth new details about some of the giants of the game."-Zach Lowe, senior writer, ESPN 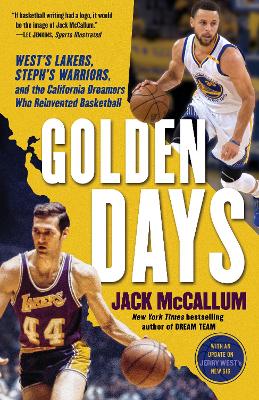 » Have you read this book? We'd like to know what you think about it - write a review about Golden Days book by Jack Mccallum and you'll earn 50c in Boomerang Bucks loyalty dollars (you must be a Boomerang Books Account Holder - it's free to sign up and there are great benefits!)

Jack McCallum is the New York Times bestselling author of Dream Team and Seven Seconds or Less and a longtime member of the staff of Sports Illustrated. While concentrating mostly on basketball--in 2005 he won the Curt Gowdy Media Award from the Naismith Memorial Basketball Hall of Fame--he has also edited the weekly Scorecard section of the magazine, covered five Olympic games, and written about virtually every sport, including bowling, bicycle racing, squash, and wrestling. McCallum teaches journalism at Muhlenberg College and lives with his wife in Bethlehem, Pennsylvania.