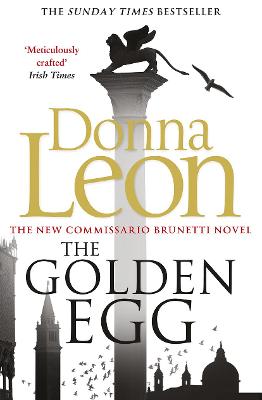 Celebrated by The Times as one of the 50 Greatest Crime Writers, Donna Leon brings Venice to life in the twenty-second Brunetti novel of this bestselling series, where our detective must uncover the mystery surrounding a mute man's murder.

When making routine enquiries into a possible bribery case that could embarrass the mayor - a humiliation Vice-Questore Patta is very keen to avoid - Commissario Brunetti receives a call from his wife, Paola, who is evidently very upset. The middle-aged deaf mute with the mental age of a child who helped out at the Brunetti's dry cleaners has been found dead - an 'accidental' overdose of his mother's sleeping pills - and Paola is distraught by the news. To the neighbourhood he was just the 'boy' who helped out, but nobody knew much about him - not even his name. That a soul could have lived such a joyless life is too much for Paola to bear, and she asks Guido if he can find out what happened.

It is a surprise to Brunetti just how little was known about this man-child - there are no official records to show he even existed. The man's mother is angry and contradictory when questioned about his death, and Brunetti senses that there much more to the story than she is willing to tell. With the help of Inspector Vianello and the ever-resourceful Signorina Elettra, perhaps Brunetti can get to the truth and find some measure of solace.

Other Editions - The Golden Egg by Donna Leon 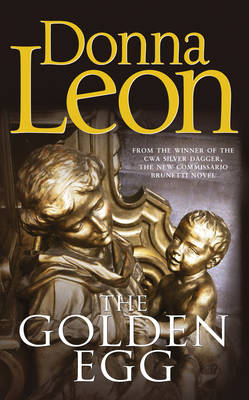 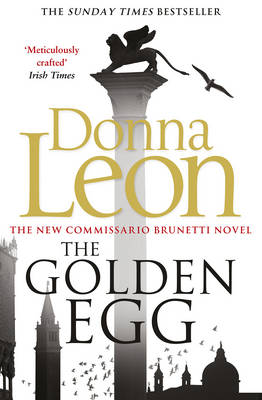 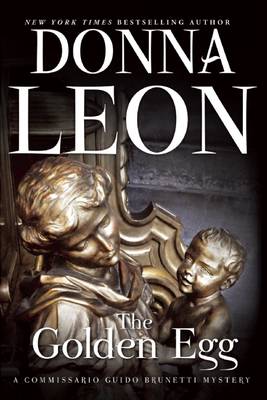 » Have you read this book? We'd like to know what you think about it - write a review about Golden Egg book by Donna Leon and you'll earn 50c in Boomerang Bucks loyalty dollars (you must be a Boomerang Books Account Holder - it's free to sign up and there are great benefits!)

Donna Leon was named by The Times as one of the 50 Greatest Crime Writers. She is an award-winning crime novelist, celebrated for the bestselling Brunetti series. Donna has lived in Venice for thirty years and previously lived in Switzerland, Saudi Arabia, Iran and China, where she worked as a teacher. Donna s books have been translated into 35 languages and have been published around the world. Her previous novels featuring Commissario Brunetti have all been highly acclaimed; including Friends in High Places, which won the CWA Macallan Silver Dagger for Fiction, Fatal Remedies, Doctored Evidence, A Sea of Troubles and Beastly Things.

A Preview for this title is currently not available.
More Books By Donna Leon
View All