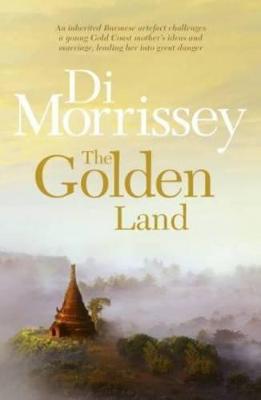 With millions of copies sold worldwide, Di Morrissey is Australia's favourite storyteller with new novel Before the Storm out now.

Natalie is a young Gold Coast mother with a loving husband, two small children and a happy lifestyle. While helping her mother move house, she finds a little box containing a Burmese artefact. When Natalie learns its unique history through a letter left by her great-great uncle, it ignites an interest in its country of origin and her uncle's unfulfilled plans for this curio.

Her investigations collide with her own dramatically changing circumstances and create a catalyst for a moral dilemma that challenges the core of her marriage as she finds herself immersed in two very different golden lands.

Other Editions - The Golden Land by Di Morrissey 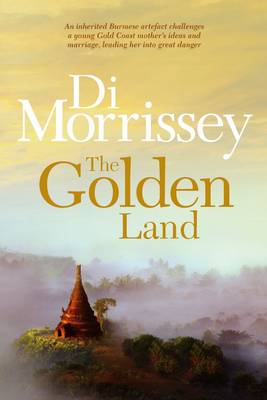 » Have you read this book? We'd like to know what you think about it - write a review about Golden Land book by Di Morrissey and you'll earn 50c in Boomerang Bucks loyalty dollars (you must be a Boomerang Books Account Holder - it's free to sign up and there are great benefits!)

Di Morrissey is one of Australia's most successful writers. She began writing as a young woman, working as a journalist for Australian Consolidated Press in Sydney and Northcliffe Newspapers in London. She has worked in television in Australia and in the USA as a presenter, reporter, producer and actress. After her marriage to a US diplomat, Peter Morrissey, she lived in Singapore, Japan, Thailand, South America and Washington. Returning to Australia, Di published her first novel in 1991. Di and her partner, Boris Janjic, live in the Manning Valley in New South Wales when not travelling to research her novels, which are all inspired by a particular landscape.