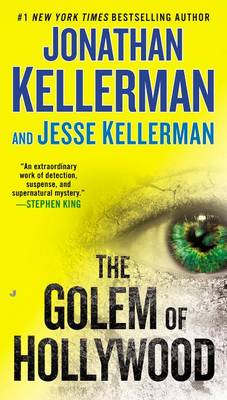 The Golem of Hollywood

Description - The Golem of Hollywood by Jonathan Kellerman

Detective Jacob Lev has awakened dazed and confused- it appears he picked up a woman the night before, but can't remember anything about it. And then suddenly, she's gone. Not long after, he's dispatched to a murder scene in a house in the Hollywood hills. There is no body, only a head. And seared into a kitchen counter is a message- the Hebrew word for justice.

Lev is about to embark on an odyssey-through Los Angeles, London, and Prague, through the labyrinthine mysteries of a grotesque ancient legend, and most of all, through himself. All that he has believed to be true will be upended. And not only his world, but the world itself, will be changed.

Other Editions - The Golem of Hollywood by Jonathan Kellerman 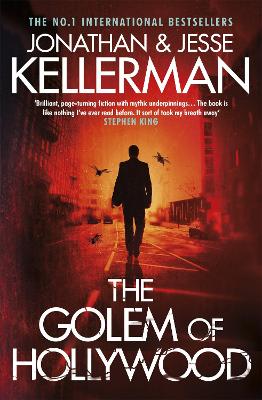 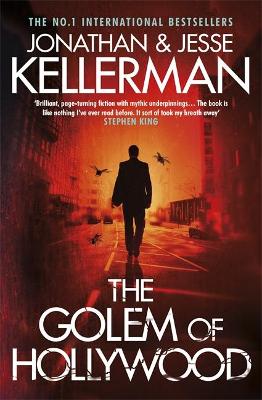 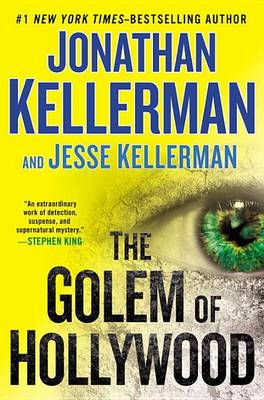 View all editions of The Golem of Hollywood by Jonathan Kellerman

Book Reviews - The Golem of Hollywood by Jonathan Kellerman

» Have you read this book? We'd like to know what you think about it - write a review about Golem of Hollywood book by Jonathan Kellerman and you'll earn 50c in Boomerang Bucks loyalty dollars (you must be a Boomerang Books Account Holder - it's free to sign up and there are great benefits!)

Jonathan Kellerman is one of the world's most popular authors. He has brought his expertise as a clinical psychologist to three dozen New York Times bestselling crime novels, including the Alex Delaware series, The Butcher's Theater, Billy Straight, The Conspiracy Club, Twisted, and True Detectives. With his wife, Faye Kellerman, he coauthored the bestsellers Double Homicide and Capital Crimes. He is the author of numerous essays, short stories, scientific articles, two children's books, and three volumes of psychology, as well as the lavishly illustrated With Strings Attached: The Art and Beauty of Vintage Guitars. Kellerman has won the Goldwyn, Edgar, and Anthony awards, and has been nominated for a Shamus Award. He and his wife live in California, New Mexico, and New York City. Their four children include the novelists Jesse Kellerman and Aliza Kellerman. Jesse Kellerman is the author of five novels: Sunstroke, Trouble, The Genius, The Executor, and Potboiler. He has won several awards for his writing, including the 2003 Princess Grace Award, given to America's most promising young playwright, and the 2010 Grand Prix des Lectrices de Elle, for The Genius. Potboiler was nominated for a best novel Edgar Award for best novel by the Mystery Writers of America. Kellerman lives with his wife and son in California.

A Preview for this title is currently not available.
More Books By Jonathan Kellerman
View All

The Wedding Guest: (Alex Delaware 34) An Unputdownable Murder Mystery from the Internationally Bestselling Master of Suspense
$15.99 $19.99