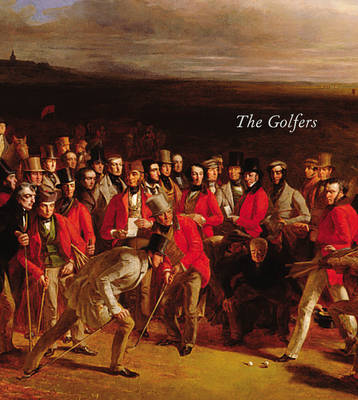 Description - The Golfers by Peter Lewis

The painting The Golfers by the Scottish artist Charles Lees is one of the greatest icons of the game of golf. It was painted in the 1840s when the game of golf was still predominantly Scottish and all but two of the twenty-three active British golf clubs were in Scotland. This book examines in detail the historical background to the painting and places it in context with other great sporting pictures of the time. It also discusses the original commission for the work and the importance that photography played, particularly the work of Hill and Adamson, in the realisation of the project. 30 colour illustrations

» Have you read this book? We'd like to know what you think about it - write a review about Golfers book by Peter Lewis and you'll earn 50c in Boomerang Bucks loyalty dollars (you must be a Boomerang Books Account Holder - it's free to sign up and there are great benefits!)

Peter Lewis has been director of the British golf Musem since 1988 and the Royal and Ancient's golf heritage secretary since 2001, having previously been appointed the club historian in 1992. He is co-author of the three-volume History of the Royal and Ancient Golf Club - Challenges & Champions, Champions & Guardians and Traditions of Change as well as the co-author of The Professional Golfers' Association 1901-2001: 100 Years of Service and Art and Architecture of The Royal and Ancient Golf Club. In 1999 he was awarded the Murdoch Medal by the British Golf Collectors' Society for outstanding achievement in the field of golf history. Angela Howe was appointed curator of the R&A's Golf Heritage Department in 2001 having previously been curator at the British golf Museum. She has co-authored several publications, including A Grand Man and a Golfer: The Novelist George Whyte Melville and his Memorials and Good Men Remembered: A Tale of Golf, Empire and St Andrews.

A Preview for this title is currently not available.
More Books By Peter Lewis
View All