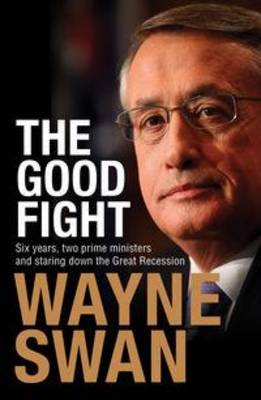 Praise for Swan's handling of the economy

'One of the most impressive economic policies I have seen, ever.' - Joseph Stiglitz, Nobel laureate

A very personal account of an extraordinary period in Australian politics.

Despite the divisions within the Labor Party as the Rudd government fell into disunity and as Julia Gillard was undermined by disloyalty from within, Wayne Swan steered the Australian economy through a time of unprecedented international economic challenges.

He tells how he nurtured an economy that was the envy of the world, standing up to an opposition and a business elite who fought fiercely against Labor's political agenda. In the face of bitter attacks by vested interests - from the miners and big polluters to the sections of the media - much important nation changing legislation was wrangled through the parliament.

This is a story that can only be told from the inside. It provides unique access to the decision making of a government whose legacy of economic management and social change is still to be fully recognised.

» Have you read this book? We'd like to know what you think about it - write a review about Good Fight book by Wayne Swan and you'll earn 50c in Boomerang Bucks loyalty dollars (you must be a Boomerang Books Account Holder - it's free to sign up and there are great benefits!)

In 2011 Wayne Swan was named Euromoney Finance Minister of the Year. He was federal Treasurer from 2007 to 2013 and has been the member for Lilley since 1993. He is the author Postcode: the Splintering of a Nation (2005), and the much read and hugely influential essay '0.01 Per Cent: The Rising Influence of Vested Interests'.