WINNER OF THE GOLD DAGGER AWARD FOR BEST CRIME NOVEL OF THE YEARNOMINATED FOR THE 2020 EDGAR AWARD FOR BEST NOVELSHORTLISTED FOR THE 2020 ABIA GENERAL FICTION BOOK OF THE YEAR AWARDOne needs saving. The other needs justice ... An unnerving psychological thriller from one of the greatest crime writers of today, Michael Robotham.The girl with no past.Six years ago, Evie Cormac was discovered, filthy and half-starved, hiding in a secret room in the aftermath of a shocking crime. Now approaching adulthood, Evie is damaged, self-destructive and has never revealed her true identity.The boy who survived.Forensic psychologist Cyrus Haven, a man haunted by his own past, is investigating the death of champion figure-skater Jodie Sheehan. When Cyrus is called upon to assess Evie, she threatens to disrupt the case and destroy his ordered life. Because Evie has a unique and dangerous gift - she knows when someone is lying. And nobody is telling the truth.GOOD GIRL, BAD GIRL is an unnerving psychological thriller from one of the greatest crime writers of today, Michael Robotham, bestselling author of THE OTHER WIFE and THE SECRETS SHE KEEPS.PRAISE FOR GOOD GIRL, BAD GIRL'Unputdownable' - Stephen King'This page-turning, emotional thriller keeps you thinking and guessing until the end' Herald Sun 'Every chapter delivers an unpredictable development, while two storylines gradually come closer until they overlap, with violent consequences' Weekend Australian 'A classic page-turner with a cracker ending' Good Weekend 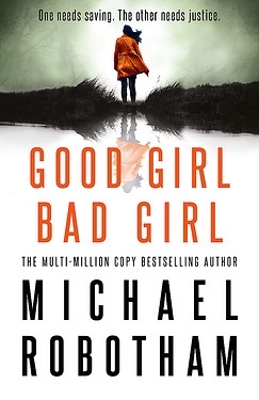 » Have you read this book? We'd like to know what you think about it - write a review about Good Girl, Bad Girl: Cyrus Haven Book 1 book by Michael Robotham and you'll earn 50c in Boomerang Bucks loyalty dollars (you must be a Boomerang Books Account Holder - it's free to sign up and there are great benefits!)

5 stars Good Girl, Bad Girl is the first book in the Cyrus Haven series by award-winning Australian author, Michael Robotham. When Nottingham psychologist, Cyrus Haven first encounters Evie Cormac, it’s at the request of his acquaintance, Adam Guthrie, a social worker at Langford Hall, a secure children’s home. His mild interest is piqued by Guthrie’s claim that Evie is a “truth wizard”. But when her history is revealed, his professional attention is joined by empathy: Cyrus, too, is a survivor of an horrific adolescent trauma.

Evie Cormac is used to being lied to: it’s been happening all her life, and she can always tell. So Cyrus Haven’s honesty gains him a wary respect. She even admits to herself she might like to talk to him again. Not that she will reveal anything of what happened to her; she hasn’t yet and never will.

Chief Inspector Lenore Parvel isn’t really convinced about all that psychology mumbo-jumbo, but she’s known Cyrus since he was thirteen, and she trusts his judgement, so he is called in to view the scene as soon as Jodie Sheehan’s body is found. The fifteen-year-old’s future as an Olympic figure skater has been cut short, and Lenny is determined to find the person responsible for what looks like a rape and murder.

Lenny and Cyrus interview extended family and friends, trying to ascertain the sequence of events leading up to Jodie’s death. But as post mortem results and forensic evidence become available, it’s clear that not everyone is telling the truth. It seems that the Golden Girl is not quite as virtuous as her family proclaims, and there are many secrets and hidden agendas surrounding the case.

What a talented author Robotham is! His characters are fascinating and his plot weaves and ducks and turns: lots of red herrings keep the reader guessing right up to the exciting final pages. While most of the narrative is carried by Cyrus, events are also shown from enigmatic Evie’s perspective. There’s plenty of humour, some of it quite dark, and the banter between Evie and Cyrus is a delight. Luckily, this pair make an encore appearance in the sequel, When She Was Good. A brilliant read!

Phosphorescence: On awe, wonder and things that sustain you when the world goes dark
Julia Baird
$24.99 $32.99

When You Are Mine: A heart-pounding psychological thriller about friendship and obsession
$47.36 $52.62