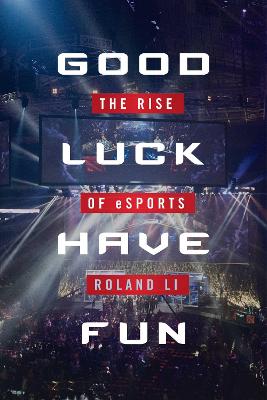 The Rise of eSports

A Close-Up Look at the Global Phenomenon of Competitive Video Gaming
Esports is one of the fastest growing-and most cutthroat-industries in the world. A confluence of technology, culture, and determination has made this possible. Players around the world compete for millions of dollars in prize money, and companies like Amazon, Coca Cola, and Intel have invested billions. Esports events have sold out Los Angeles's Staples Center, Seoul's World Cup Stadium, and Seattle's KeyArena. Hundreds of people have dedicated their lives to gaming, sacrificing their education, relationships, and even their bodies to compete, committing themselves with the same fervor of any professional athlete. In Good Luck Have Fun, author Roland Li talks to some of the biggest names in the business and explores the players, companies, and games that have made it to the new major leagues.
Follow Alexander Garfield as he builds Evil Geniuses, a modest gaming group, in his college dorm into a global, multimillion-dollar eSports empire. Learn how Brandon Beck and Marc Merrill made League of Legends the world's most successful eSports league and most popular PC game, on track to make over $1 billion a year. See how Twitch pivoted from a video streaming novelty into a $1 billion startup on the back of professional gamers. And dive into eSports' dark side: drug abuse, labor troubles, and for each success story, hundreds of people who failed to make it big. These are the stories of the rise of an industry and culture that challenge what we know about sports, games, and competition.

Other Editions - Good Luck Have Fun by Roland Li 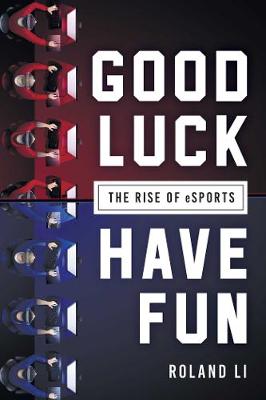 » Have you read this book? We'd like to know what you think about it - write a review about Good Luck Have Fun book by Roland Li and you'll earn 50c in Boomerang Bucks loyalty dollars (you must be a Boomerang Books Account Holder - it's free to sign up and there are great benefits!)

Roland Li is an Oakland-based journalist whose work has appeared in the Wall Street Journal, New York Times, New York Observer, and Interview magazine. He was born in Beijing in 1988. After briefly being pre-med, he studied journalism and history at NYU and spent eight years in New York before moving to the West Coast in 2015. He has been gaming since Warcraft: Orcs & Humans was released in 1994, and his favorite DOTA 2 hero is Visage. He lives in Oakland, California.

A Preview for this title is currently not available.
More Books By Roland Li
View All