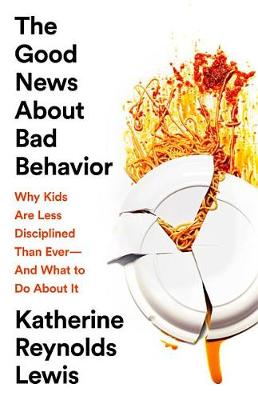 The Good News about Bad Behavior

» Have you read this book? We'd like to know what you think about it - write a review about Good News about Bad Behavior book by Katherine Reynolds Lewis and you'll earn 50c in Boomerang Bucks loyalty dollars (you must be a Boomerang Books Account Holder - it's free to sign up and there are great benefits!)

Katherine Reynolds Lewis is an award-winning independent journalist based in the Washington, DC, area who regularly writes for The Atlantic, Fortune, USA Today's magazine group, the Washington Post, and Working Mother magazine. Lewis's byline has also appeared in Bloomberg Businessweek, MSN Money, Money, Mother Jones, the New York Times, Parade, Slate, and the Washington Post Magazine. Her work has won awards from the Society of American Business Editors and Writers, the Society of Professional Journalists, and the Chicago Headline Club. She has received fellowships from the Carey Institute for Global Good, the National Press Foundation, the Poynter Institute, and the University of Maryland's Casey Journalism Center. Residencies include Le Moulin a Nef, Ragdale, and the Virginia Center for the Creative Arts. Her media appearances include CNN, NPR, Bloomberg television and radio, and HuffPost Live, as well as numerous radio programs nationally and internationally. In 2008, Lewis created a website on working moms for About.com, which she ran until 2014, attracting millions of readers to the site, its blog, and a weekly newsletter. She is a certified parent educator with the Parent Encouragement Program in Kensington, Maryland.