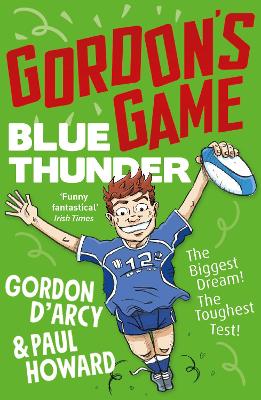 Gordon is back for more mayhem and mischief in the second book in the laugh-out-loud Gordon's Game series!
__________

Gordon D'Arcy - the only kid at school with a Six Nations medal hidden under his pillow! Though helping Ireland to win the Grand Slam feels like it was just a dream.

Now, he's been given a brand new challenge - the chance to play for Leinster.

After learning so many lessons playing for Ireland - including how to make a complete eejit of himself in front of millions of people - fitting in at Leinster should be a breeze. Right?

Unfortunately, not. After his first training session, he sees why the team is mocked for being 'soft' (those stories about players wearing fake tan? All true!). Now he knows why so many people from Leinster support Munster.

But Gordon settles down to work under an inspiring coach named Joe Schmidt. Joe promises that, with hard work, discipline and a bit of self-belief, Leinster can win the European Cup.

Maybe another dream can come true! 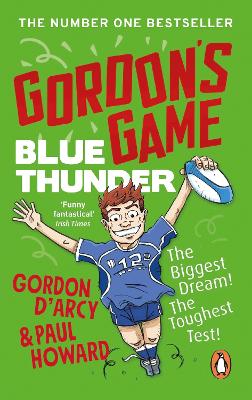 » Have you read this book? We'd like to know what you think about it - write a review about Gordon's Game: Blue Thunder book by Paul Howard and you'll earn 50c in Boomerang Bucks loyalty dollars (you must be a Boomerang Books Account Holder - it's free to sign up and there are great benefits!)